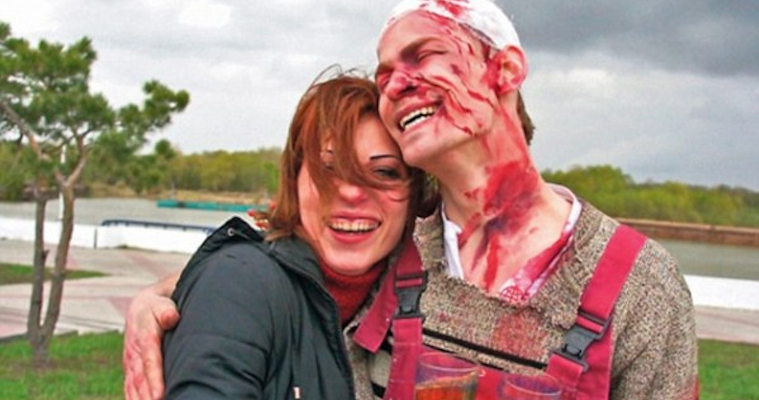 Ever think about how you were eventually going to pop the question to your bride to be? How about by faking your own death in a horrific car crash?

It’s been well documented on Sick Chirpse that Russians are crazy. You can find evidence of that with the following: Russian Guy Uses Pigeons as Missiles, Crazy Russian Mass Bungee Jump, Drunk Russian Guy Destroys Kitchen, Russian Brehs Are Crazy and Russia is still crazy if you don’t believe us. Maybe it is time we got a Russian tab on the site because it does seem like we cover a lot of the crazy stuff that Russians do, even to the extent that someone has even accused us of racism towards Russians. Get real guy, we just appreciate the fact that Russians do weird shit, that isn’t racism.

Anyway, this might be the craziest Russian experience that we have covered yet. Most of the other stuff we have featured – despite being extremely weird – has kind of been spur of the moment and/or drunken but this is one of the most meticulously planned stunts I think we’ve ever featured on Sick Chirpse. Maybe even more so than the rollerman rollerblading down a Chinese mountain. Basically, Alexey Bykov wanted to propose to his girlfriend, but instead of taking her to the Red Square (is the Red Square a romantic area? It was the only Russian landmark I could really think of) or the place where they first made out or where they had their first date or something, he decided to fake his own death.

And this wasn’t just any kind of death, Bykov made sure he was going to pull out all the stops and that he was going to die in spectacular fashion, not just from choking at a restaurant or faking a heart attack or cancer or something like that. He hired a scriptwriter, director, stuntmen and make up artists to ensure that his proposal was something to remember as he was brutally killed in a horrific car crash. Considering Bykov is a writer by trade I’m not sure why he needed to hire a scriptwriter to write his own death, but I guess sometimes it helps to have an outsider’s opinion on things like faking your own death, right?

Bykov arranged to meet his girlfriend Irina Kolokov at a certain place, but when she arrived there she was confronted by mangled cars, ambulances, smoke and carnage, with Alexey covered in blood lying face down on the street, seemingly dead. It was then that he popped back to life to pop the question to Irina.  Fortunately she said yes but was so mad that she ‘almost killed him for real.’ Great quote there huh?

Cool idea right? I’m not so sure. Alexey Bykov said that his mentality behind the stunt was that he ‘wanted her to realise how empty her life would be without me and how life would have no meaning without me.’ This is kind of cool, but also pretty mean and horrible right? If you’re in love with someone and you’re pretty sure they’re in love with you why the hell would you want to pretend to die in front of them in a horrific car crash? I don’t think Bykov would have enjoyed it if it was the other way round.

Still, I guess she said yes (and the couple actually got married last week) and it makes a good story for the in laws and got a mention on Sick Chirpse which is probably the best wedding present a girl could ever ask for. Bykov has promised to never fake his own death again too. What a touching sentiment – it should probably be included in most people’s  wedding vows from now on. Unfortunately there isn’t a video of the event but here are a couple more pictures of the happy couple during the proposal: 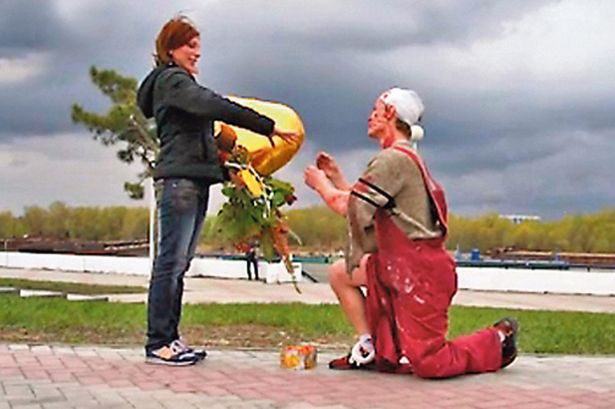 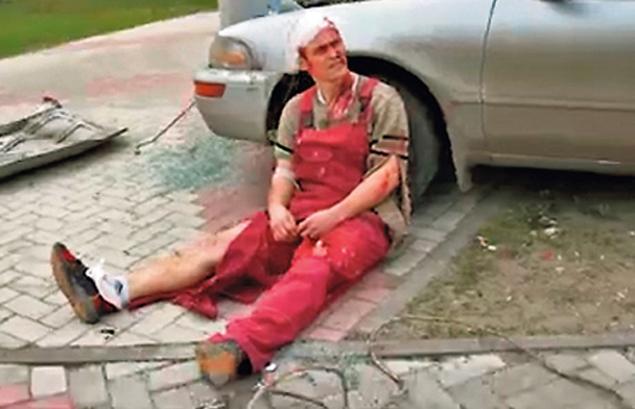 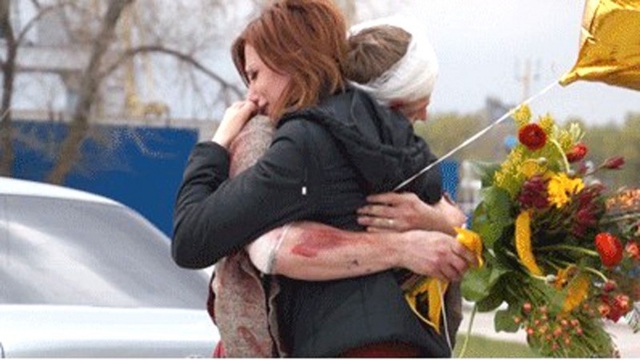