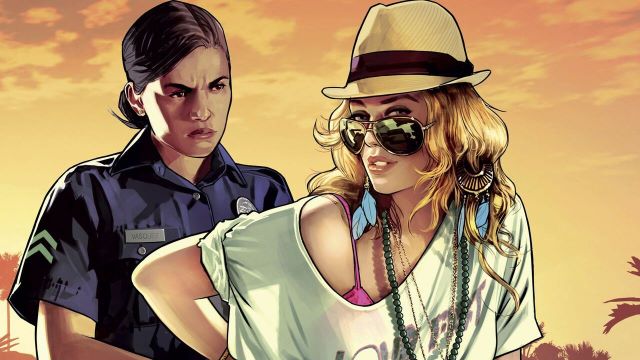 When I saw GTA 6 trending on Twitter earlier, I thought that finally, there might be some news regarding the title’s long-awaited release date.

Well there was some news, but not exactly the news we were hoping for, because apparently GTA 6 won’t be with us until 2025…

For those of you who have been patiently waiting, be prepared to wait a whole lot longer. GTA 6 will reportedly launch in 2025. https://t.co/q7T8Yi9gqG pic.twitter.com/Xjk5EbG8bx

Yup, that’s a whole 12 years since GTA V originally came out on the PS3, before being re-released on PS4 and again later this year on PS5. GTA Online was a real game changer that has allowed Rockstar to keep raking in the cash which means they can take all the time they want with GTA 6 and still get paid, as so many people still play GTA Online worldwide.

As for this new leak, it comes from a guy named Tom Henderson, who has previously leaked accurate Call of Duty and Battlefield details. In his new video, he claims GTA 6 will be set in a modern version of Vice City, with the map having the potential to change over time, similar to how Epic Games overhauls its Fortnite map during end-of-season events.

He also mentions multiple playable characters, a bit like GTA V, and that Rockstar has placed a greater emphasis on employee wellbeing in the wake of several reports detailing the crunch work conditions in the buildup to Red Dead Redemption 2’s release. So that’s yet another reason why they appear to be taking their sweet time with GTA 6.

Now obviously none of this is official and it’s always worth being skeptical of any GTA 6 reports until Rockstar officially reveals the game, but this guy has been right before and everything he’s saying does add up. I guess all we can do is hope there are more amazing games released before then to keep us busy.

2025 ? That shit better have strippers in HD quality

ima have a family house and kids man

That’s enough time for about 3 gta5 re-releases and all the gta online cash grabs we could ever want. Yay.

Fuck. I could die in between now and then. Now I gotta be extra careful with my life now. pic.twitter.com/VBkTijB1R2

For some real life GTA action, get a load of this guy throwing a rock at a passing car and being made to instantly regret it. Ouch.