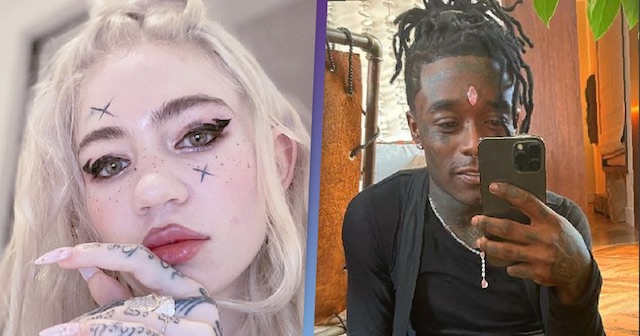 One of the dumber stories of the year has definitely been Lil Uzi Vert getting a $24 million diamond implanted in his forehead, and it seems like the rapper is willing to continue with this line of stupidity as he’s revealed that he’s looking at teaming up with Grimes so that the pair can get brain chips together.

The exchange between the two obviously went down on Twitter, where they said the following:

For those of you that don’t know, Neuralink is one of Elon Musk’s companies that is planning on connecting the brain to computers by adding a chip via nanotechnology and has already succeeded in allowing a monkey play video games with its brain. Not sure if that means that Grimes and Lil Uzi Vert will be able to get their chips next year – or if it means they’ll be able to gain the knowledge of Gods from it – but I suppose Grimes would have a better idea than most people in that regard.

Can’t wait to be writing about how weird Grimes and Lil Uzi Vert look come next year. Just hope that Lil Uzi Vert doesn’t have to remove his diamond or anything because of potential interference. That would be a real wounder for the guy after he waited so long to get it.

For more of the same, check out Grimes talking about how she’s going to move to Mars in 20 years, even though it will mean manual labour until death. Sure.