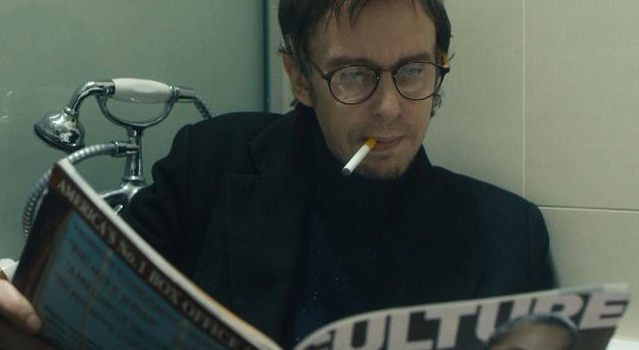 First time filmmakers Mickey Down and Konrad Kay show you how it’s done.

Gregor is the brainchild of first time filmmakers Mickey Down and Konrad Kay and follows one week in the life of the protagonist Gregor, an East London twenty something who’s just been fired from his job and now has to find a way to earn £70K per year and get a hot girlfriend. Throughout his travels he encounters a bunch of increasingly bizarre characters – including the mom from Inbetweeners and Super Hands from Peep Show – and gets into a bunch of even weirder situations in the laugh out loud comedy debut of the year.

I was lucky enough to attend a sneak preview of Gregor and I can honestly say that it really was that good. The production values are tight, the script is solid, all the performances are strong and the gags are great. My only complaint would be that it was perhaps rounded off slightly too quickly. As its creators say, it’s a black comedy where no lessons are learned and pretty much the perfect snapshot of East London life (complete with alien graffiti) for Generation Y (or whatever the hippest new name for them is) in 2014.

In this respect it kind of reminded me of a UK version of Girls, only with less annoying whiney characters and less self congratulating smartass hipster references – although there were a few they’re actually funny as opposed to just what Lena Dunham was reading about that day. The movie is also very American in its style/execution but also retains a distinct Englishness too, which isn’t easy to achieve and should also be commended. Basically, it’s a wicked movie and you should do whatever you can to make sure you check it out.

Mickey Down is actually going to be working with us here at Sick Chirpse on some original material that should be premiering on our YouTube channel before Christmas. If you want to get the scoop on him before he blows up, then check out the trailer to Gregor below and then go book yourself a ticket for its premiere at the Raindance Film Festival on Friday 26th September or Saturday October 4th. Trust us, you won’t be disappointed.