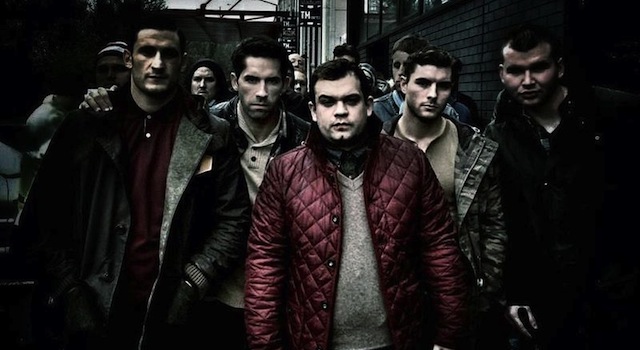 Green Street 3: Never Back Down has been released and looks as shit as the two Green Street films that preceded it.

This is a real treat to all the film buffs and cinema connoisseurs out there. The final instalment in arguably the greatest movie trilogy ever made. Green Street 3: Never Back Down, has finally exploded onto the scene after a torturous 4 year wait for fans of the Green Street franchise – both of them.

Now some of you might be wondering when the hell did Green Street 2 come out, and how did I miss such a significant cultural event? Well it came out in 2009 and you missed it because you don’t have your finger on the pulse of British culture like I do.

I know that many of you have already stopped whatever it was that you were doing before reading this article and are desperately trying to locate a copy of Green Street 2: Stand Your Ground, so I don’t want to give too much away. Basically the West Ham firm are locked up after the fight at the end of the first film. They get moved to a prison full of Millwall hooligans and have to fight for survival. Then, somehow, the Prison Governor is told to release a number of prisoners early due to overcrowding. He decides to let Millwall and West Ham compete for this prize in a game of football, with the winner being released from prison early.

My explanation doesn’t do it justice, so please watch the trailer here. Then find a link to the whole film and watch it, because it is hilariously awful.

So how do you top something so outrageously shit? Well apparently you make a third instalment to a film franchise whose first effort was worse than even the most shocking Nick Love films.

In the third instalment of the Green Street Saga, a bunch of who-the-fucks take part in a weird apocalyptic, underground MMA fighting competition – which is apparently how football hooligans ruck these days. Watch the trailer below and you will see that this film has everything that makes Green Street the pinnacle of human artistic achievement. It’s got tits, it’s got geezers, it’s got no storyline, and it’s got a strong moral message: Never Back Daaaaaaan.