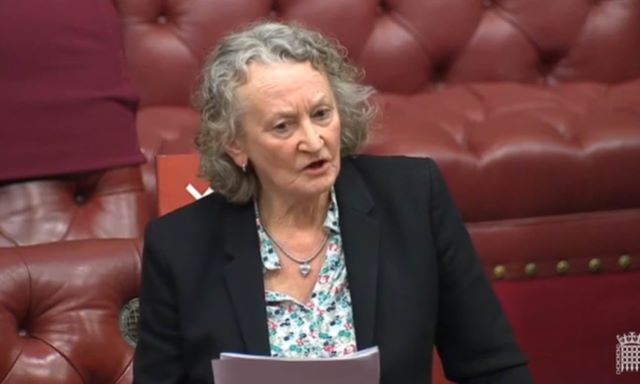 This should go down well.

A Green Party peer has suggested that all men should abide by a 6pm curfew to make the streets feel safer for women, following the tragic death of Sarah Everard.

Baroness Jones, who sits in the House of Lords, said in a debate on domestic violence that it could help cut down cases of discrimination too:

Hmm. It feels like she could be joking but then her delivery seemed 100% serious to me, and that’s also the way it’s being reported elsewhere. Maybe she is just being hyperbolic to get the conversation started? Although if the logic for this is that we should impose curfews on demographics who statistically commit more crimes per-capita, then somehow I don’t think her idea would sound too progressive anymore. Who knows though? Maybe some members of the Royal Family would agree with her on that one.

In fairness, a 6pm curfew on men probably would make women feel safer. Aside from discriminating against men who have not done anything wrong and outright banning them from leaving their homes, it would be an interesting experiment. Would potential murderers/rapists even care to follow the rules? Would identifying as female be an easy way around it? Just so many ways this proposed curfew could turn into an absolute shit-show.

Anyway, hopefully this insane idea doesn’t lead to people bashing the Greens for the next 50 years and using them as an example of the ‘loony left’. Maybe they could hold back on saying stuff like this in future though.

To watch a young lady on house arrest twerk up a storm while wearing an ankle tag, click HERE. There’s no stopping her!