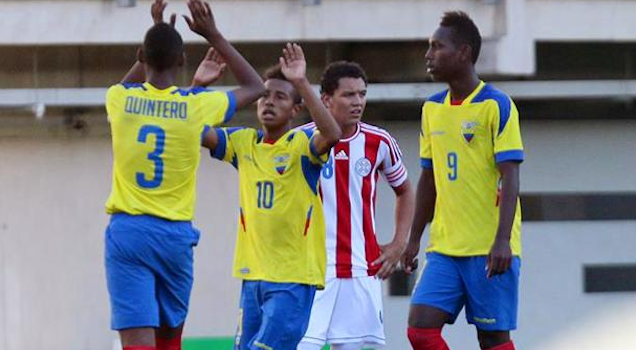 People in Ecuador are absolutely losing their shit over this goal scored by a young winger who skinned seven people on his way to the back of the net.

Ok, before this article starts I should probably state that I have seen Maradona’s goal against England and it was in a World Cup so probably should be classified as better and there are probably a couple of other goals out there that run it close, but people are describing this goal as one of the best of all time so I felt like it was only appropriate to use that as a headline.

The goal comes from some kid called Fabian Tello playing in an U16s match for Ecuador against Paraguay in the Odesur Games, whatever they are. The goal is so crazy because the kid beats literally 8 players in and around the box before he slots it in, again rounding the keeper and getting it past two other players who were standing on the line from an acute angle.

Pretty special, although inevitably people will say he got a bit lucky with some of the defending and point to the fact that they’re little kids to bring down the quality of the goal.