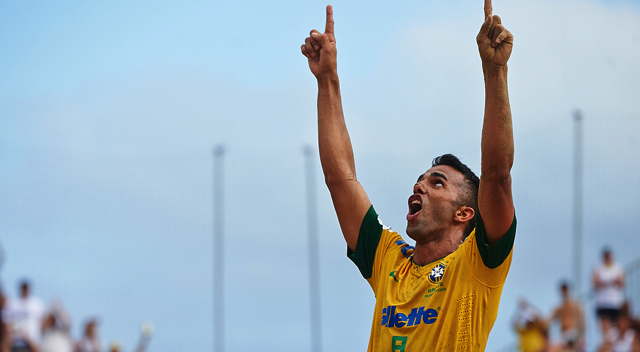 Beach soccer is pretty stupid, but this goal is fucking phenomenal.

Beach soccer is a pretty dumb sport, but it’s OK to watch if there’s literally nothing else on and old fat legends are playing in it. Actually watching real beach soccer – man you’ve gotta be desperate to do that. This goal is worthy of your attention though because it’s all kinds of crazy.

Of course beach soccer is way different to normal football in that you can’t kick the ball along the ground and have to do loads of stupid flicks scoops to get it anywhere. That’s exactly what this guy – whose name is Bruno Xavier and is apparently the best beach soccer player of all time – did in a recent match for his native Brazil against Germany, flicking it up and over two players and then the goalkeeper without ever letting it touch the ground. He also got a header in there too.