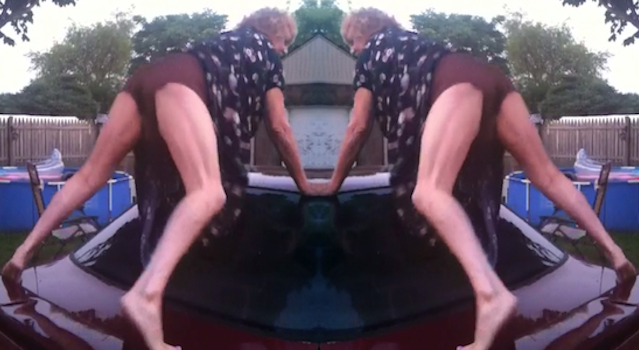 Warning: once you’ve watched this you can’t unsee it.

Many people have questioned why twerking ever happened and why it’s become a massive cultural phenomenon over the past year – they even have twerk off competitions over in Russia – and no real answers have been given except perhaps for blaming it on Miley Cyrus. But then again, you can blame pretty much everything that’s wrong with the world on Miley Cyrus if you try hard enough.

Much like peak beard though, we may finally have reached peak twerking with this Vine video that someone uploaded the other day, which is completely unexplainable, like a lot of the content we feature on Sick Chirpse. It’s of a scantily dressed old grandma on the hood of a car parked in a redneck backyard straight out of an episode of Cops (or if you’re too young to remember that, then maybe True Detective) twerking like her life depends on it.

Please let it be over after this.