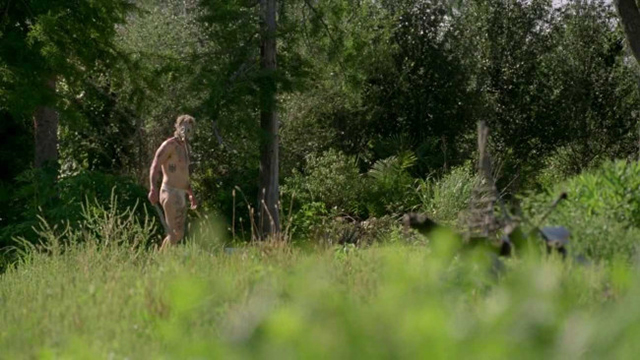 You couldn’t even dream of something as screwed up and horrifying as this.

So basically the first bit of news from True Detective season 2 is that it will take place in California and, according to writer Nic Pizzolatto, will “capture a certain psychosphere of ambience” of the lesser known cities in the state. Sounds pretty freaky and if you watched the first season of True Detective, you’ll know this is going to be something special. UPDATE: We’ve since found out Colin Farrell and Vince Vaughn will be starring.

Hardcore fans of the show have been looking up 1970s California serial killers in anticipation of the show, to get an idea of the kind of vibe Pizzolatto is going for here, and one Redditor managed to find one of the most horrifying and sadistic pieces of text you’ll ever come across.

â˜› Get To Know: If You’re Not Watching True Detective You Need To Get On That Shit Right Now

This is from the Wikipedia page of Edmund Kemper, a 70’s serial killer from Santa Cruz, California and is 100% true and gross — so don’t read if you think you can’t handle it:

On Good Friday April 20, 1973, while waiting for his mother to come home from a party Kemper fell asleep and was awakened by her coming home. While his mother was sitting in bed reading a paperback book she noticed Kemper enter her room and said, “I suppose you’re going to want to sit up all night and talk now.” Kemper replied, “No, good night,” before beating her to death with a claw hammer. He then decapitated her and used her severed head for oral sex before using it as a dart board. He also cut out her vocal cords and put them in the garbage disposal. The garbage disposal could not break down the tough vocal cord tissue and ejected the tissue back into the sink. “That seemed appropriate as much as she’d bitched and screamed and yelled at me over so many years” he later said after his arrest. He then invited his mother’s best friend, 59-year-old Sally Hallett, over to the house. Upon her arrival to the house, he strangled her to death. Kemper then left the scene of his final crimes.

Jesus Christ. You couldn’t dream of something as fucked up as decapitating your mum but Kemper, a man with an IQ of 145 and who had already killed his grandparents at age 15 (he was later released from psychiatric care against doctors’ advice), not only decapitated her but then used her lifeless head to blow himself. What the absolute fuck!

Kemper turned himself into police and is currently serving life in California. Wouldn’t surprise me at all if the True Detective crew draw some kind of inspiration from this and other screwed up stories of the time and region. Should make for another insane and intense season.

â˜› Read Next: 10 Serial Killers Who Killed The Most People