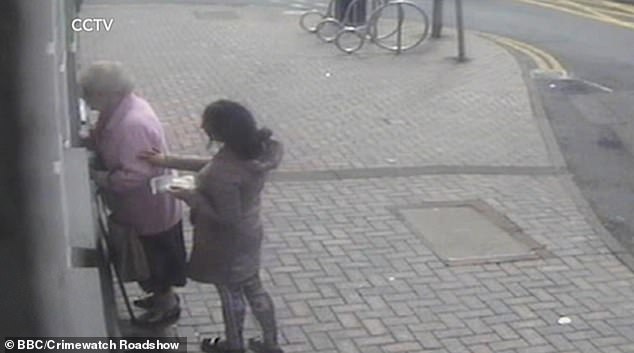 To the untrained eye, Doreen Jones looks like someone’s sweet, harmless, delicate old grandma. Well she is someone’s sweet old grandma but the 81-year-old is far from harmless as she proved when she dealt with this cheeky crackhead trying to snatch her purse on Blackheath High Street.

CCTV shows the twice-widowed pensioner dominating her attacker throughout the entire exchange before sending her packing.

What a display from Doreen!

She said of the incident:

She wasn’t expecting me, I tell you.

She was expecting somebody more vulnerable, and they picked the wrong one when they picked Doreen.

I thought “No, you’re not having my money, I’ve worked hard for that.”

Already talking about herself in the third person, just like The Rock. Love it! Lucky she didn’t hit that woman with a People’s Elbow because while effective it probably wouldn’t be good news for Doreen’s hip. Then again she’d probably kip up to her feet like The Rock used to and drop a second elbow for good measure.

West Midlands Police are now trying to track down the thief from Blackheath High Street. If you recognise her, you know what to do.

For the 83-year-old grandma using Tinder to find younger men for casual sex, click HERE. Great time to be an octogenarian.