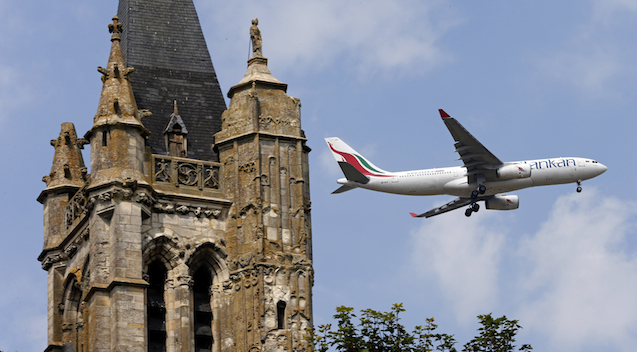 When Charles de Gaulle airport opened in 1974, it directly led to one village near Paris becoming almost completely abandoned. Check out some pictures of what it looks like now.

The small town of Goussainville-Vieux Pays is about 12 miles north of Paris and operated as a quaint little farming village for centuries before 1974 and the construction of the Charles de Gaulle airport in Paris. Goussainville-Viuex Pays was now situated directly in the flight path of the airport, and as such a bunch of the residents were forced to leave the village to avoid the noise and it effectively turned into a ghost town.

The village is literally so close to Charles de Gaulle airport that it’s actually considered part of its runway approach. The airpot is one of the busiest in the world, with over half a million flights to and from it per year, which pretty much meant a never ending stream of noise and pollution for the residents of Goussainville-Vieux Pays.

The exodus from the town began after the Paris Air Show in 1973, when a Tupolev TU 144 – which is Russia’s version/attempts at Concorde – crashed into a row of 15 houses and a school, killing six people on board and eight people on the ground. The residents of the town saw this as a sign and many began to leave at this point. When Charles de Gaulle airport officially opened the following year, these numbers began to multiply.

Now, Goussainville-Vieux Pays is pretty much just a ghost town with only a couple of people living in it. I’m unsure why they’re staying but it’s probably due to some bizarre notion that they’re not going to let an airport kick them out of their town, or that they simply can’t afford it. In any case photographer Charles Platiau recently went around the town and took a bunch of pictures of it in its current state.

It’s pretty depressing but also pretty interesting. In some cases he managed to find old postcards from the early twentieth century that he could shoot today, and it’s probably even more spooky/creepy/depressing that they look almost exactly the same in the two pictures.

These first two pictures are of a cafe called Au Paradis (In Paradise) which is situated in the town. The postcard is from 1915, the photograph is from earlier this month. Told you they were creepy right? 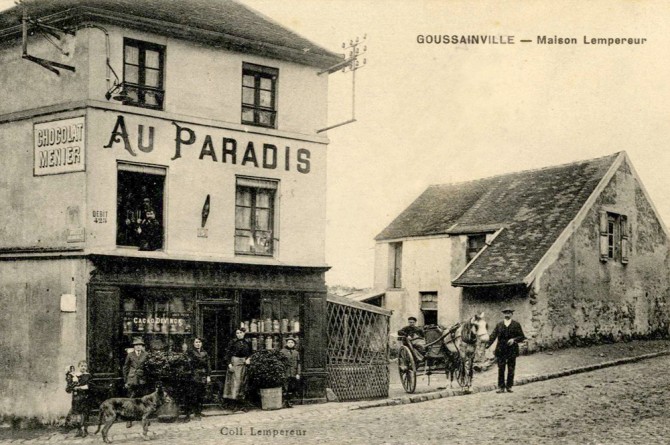 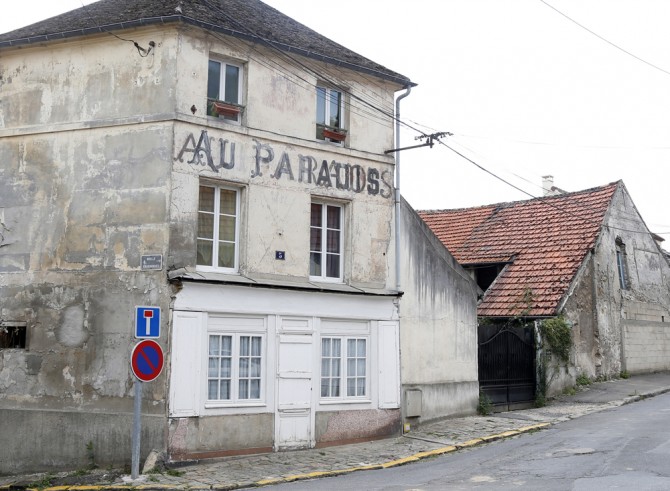