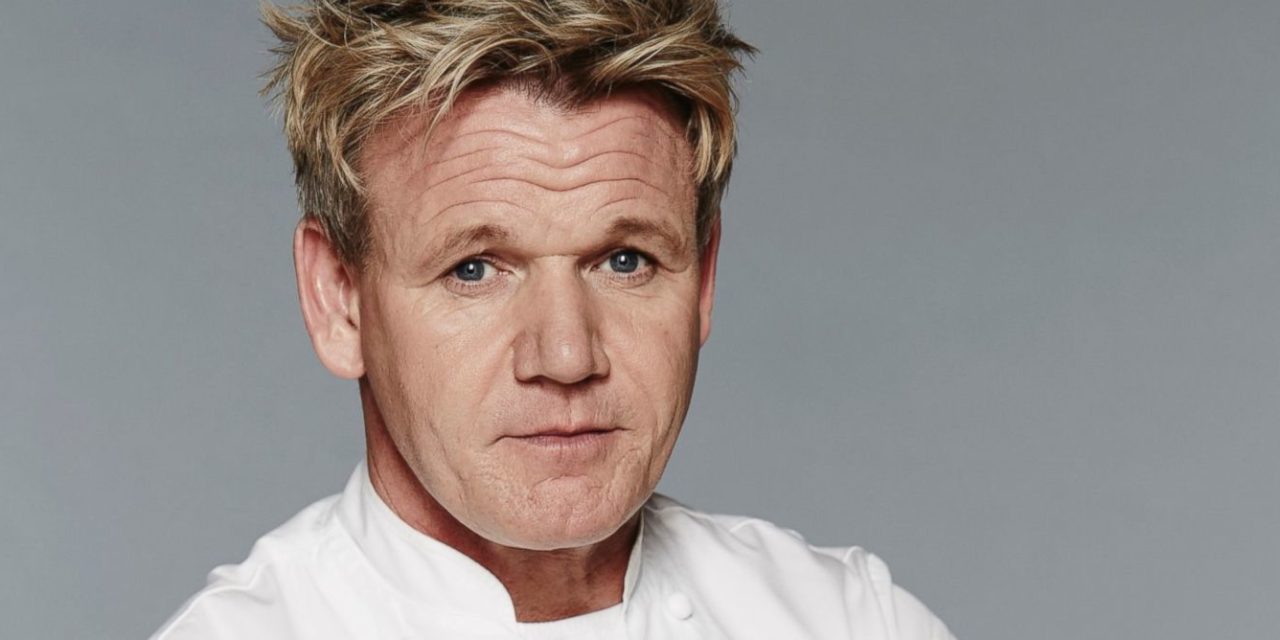 Gordon Ramsay is well known for his forthright opinions and never holding anything back, and one concept that he is particularly vocal about is that of veganism, once even stating that he was a member of PETA – people eating easy animals, that is.

As such, it was pretty surprising last night when he decided to upload a picture of himself eating a vegan pizza to his Twitter account. Things got even funnier when everyone completely rinsed him in the comments section for going back on his anti-vegan sentiments and this resulted in him swiftly deleting the picture: 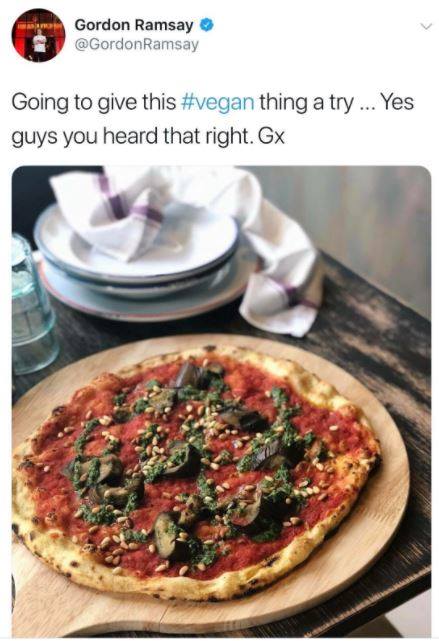 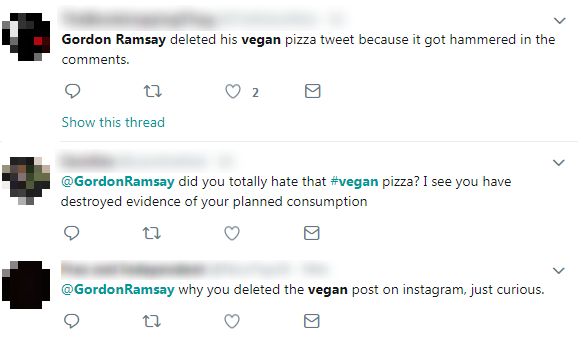 Loser. Although it turned out that he didn’t delete the picture because he was getting bullied by online trolls, but more because he wanted to upload an even better one where it actually looked like he had eaten a slice of the pizza that he had prepared.

Going to give this #vegan thing a try … Yes guys you heard that right. Gx pic.twitter.com/iJZb8WMlH8

Weird. Does it really matter to the guy so much whether the pizza had a slice out of it or not?

The pizza itself looks OK but why didn’t he just whack some vegan cheese on it was well? Everyone knows that you can’t really have a pizza without some kind of cheese or cheese substitute on it. He could maybe have been a bit more imaginative with his toppings too – like I said, it looks OK but mushroom, pine nuts and whatever that green stuff is is hardly that exciting, is it?

Unfortunately, we haven’t heard any feedback yet from Gordon about whether he liked the pizza or not and whether he’s considering taking up a vegan diet, but the fact that someone who was so vocally against it previously is willing to try it out shows how far the vegan movement has come in recent years. Not convinced me yet though.

For more vegans, check out out this guy eating a steak in front of vegan protesters. Ruthless.