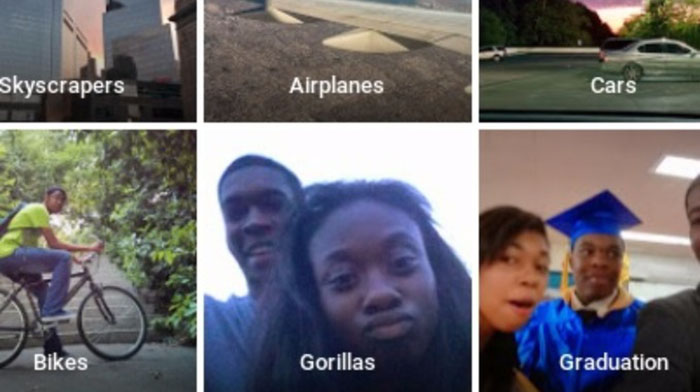 Google cocked up this week after a user noticed that their new Photos app categorised him and his friend (both black) as gorillas.

The app tags and arranges photos automatically based on objects and shapes it scans within the photos. It’s supposed to learn as it goes along and receives more data, but obviously still needs a bit of tweaking after this PR nightmare for them.

The problem was first spotted by some dude named Jacky Alcine who Tweeted his surprise: 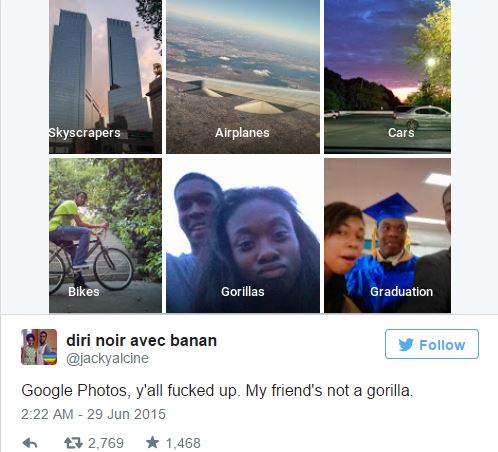 Google’s Chief Architect of Social naturally crapped himself and was quick to respond to Jacky and apologise: 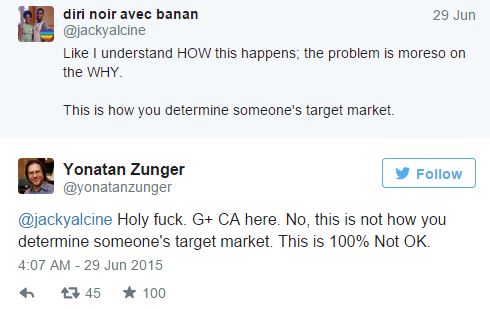 Google followed with an official apology:

We’re appalled and genuinely sorry that this happened.

Google tried to fix algorithm but ended up removing the gorilla label altogether until they come up with a long-term fix. Probably a wise move.

While they’re at it, they should probably sort out their sneaky new AI robot too. That guy is a grade A arsehole.