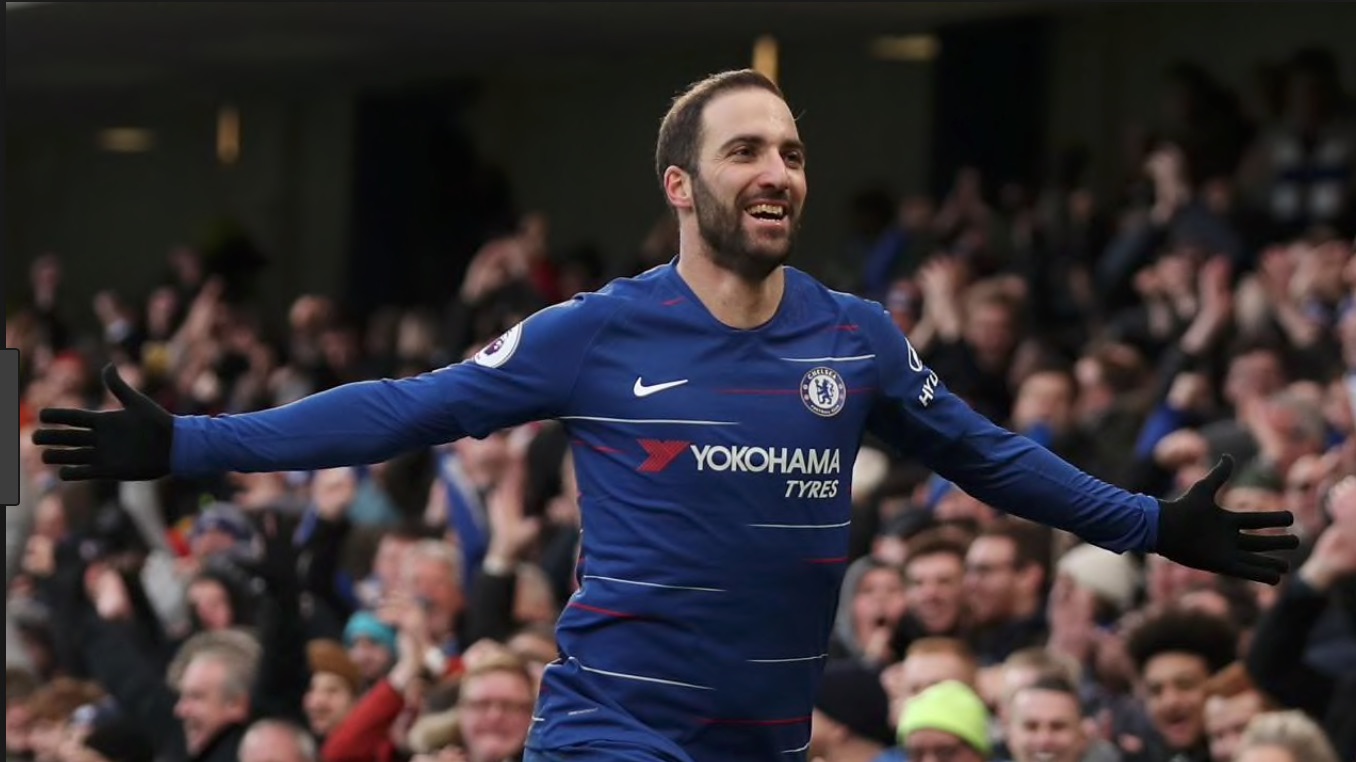 It’s fair to say that Gonzalo Higauin’s loan move to Chelsea hasn’t exactly gone as expected, but he did manage to bag a pretty sick goal last night and his frustrations were evident in his celebration.

No sooner had Higauin almost broken the net with his shot, he Argentinian striker was running into the crowd where he was greeted by an adoring Chelsea fan. He then chose to bury his head in her breasts and seriously look like he was motor boating her.

Well, that’s certainly something as far as unique celebrations go isn’t it?

Unfortunately for Higauin, this wasn’t the start of a turnaround in his Chelsea career as he was substitute about halfway through the second half  for Olivier Giroud and he didn’t take it to well, throwing a bottle on the floor and then chucking his bib around as well. Oh dear.

Hopefully we’ll still see Higauin in the Premier League next year so we can see a couple more excellent celebrations like this, but to be honest I wouldn’t be too surprised if Chelsea cut their losses on him and sent him back. They’ll probably get rid of Scarri too.

For more of the same, check out one of the worst goal celebrations of all time. Really is something else there.