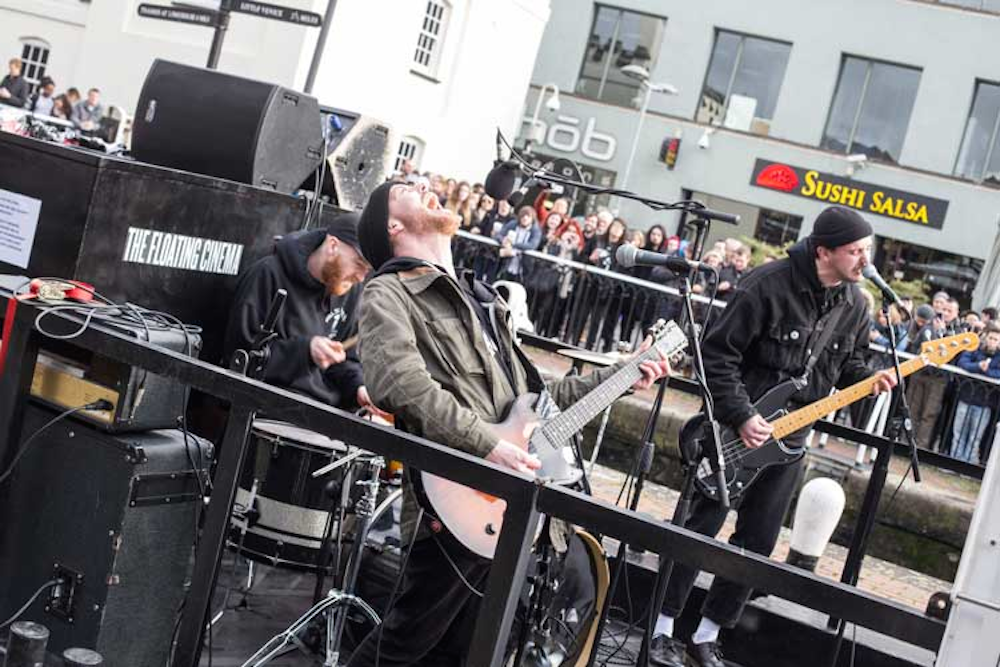 ‘Playing on a barge was one of the most surreal experiences of my life.’

We don’t feature many punk rock bands on Sick Chirpse but we’ve been behind the Gnarwolves boys since day one, printing one of their first ever interviews and then actually streaming their debut album exclusively last year.

Over the weekend, Gnarwolves played their first gig of the year but it wasn’t like one of their normal shows. No, instead of being in a small ass venue with loads of people going absolutely insane, it was on a canal barge in Camden Lock, playing to a whole host of people who did know them and a whole host of people who didn’t. Needless to say it was surreal and awesome and weird, so here’s a short promo video of the experience for you to check out. Kinda gutted I missed it to be honest.

The event was put together by Dr Martens as part of their #StandForSomething campaign – here they’re standing for live music and what better way to do that than organising something like this? PUNX.