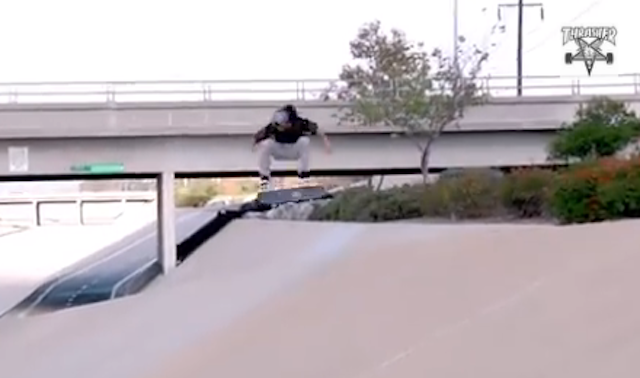 Dave Gonzalez smashes this one.

Skaters are always trying to take it to the next level and former skater of the year David Gonzalez is no exception as he looks to land one of the gnarliest kickflips of all time – even better than this slow motion 720 double kick flip – in this video, dropping into the slope of one of those cool storm drains from Terminator 2 and Drive.

As you can see in this video, it takes him a long time to do it and there a bunch of disgusting bails that probably completely fucked his legs up, but like all good skaters he keeps going and gets his reward when he finally nails it. The landing of it sounds like a fucking jet plane it’s such a high impact trick and you can even see a massive scratch in the drain from the rollaway. That’s one tough trick. Respect.