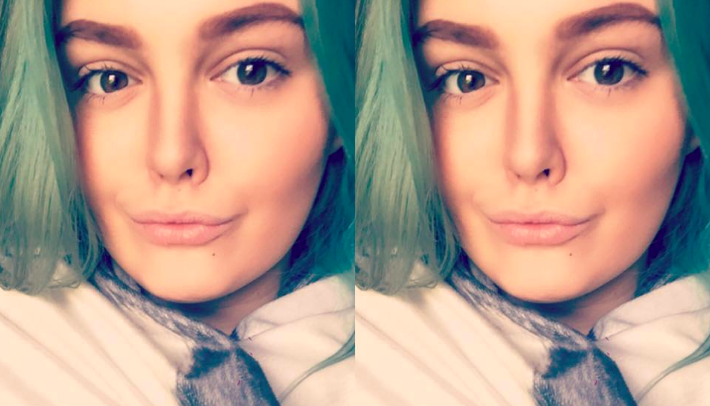 There’s nothing worse than ordering a takeaway, only to find that they completely screwed up your order.

For this poor girl, they might have gotten the order right, but they added in a nasty surprise. 16-year-old Tia Neylan from Stockton-on-Tees ordered a stuffed crust pizza from Norton’s Express Pizzeria (never eating from there) only to find a disgusting bug crawling all over it. She sent out a video on social media with the caption:

Don’t order from Express Pizzeria, Norton High St, Stockton-on-Tees, open box the to find this, fucking disgusting. Returned it and all they had to say was “its cheese”. Family has been ordering from there for years and have had nothing bad to say about them before but this.

In an interview about the incident she added:

I literally just threw up everywhere. I even had a little break down. As you can imagine, it was obviously a shock for me and my family. I didn’t even notice it until I’d taken a bite from a slice. I looked at the pizza in the box, as you do, and there it just was wiggling around.

All I know was it was black and it had a lot of legs.

My boyfriend’s mam said it could be a millepede or a centipede, other people have said maggot, caterpillar of a leech.

Fair play – I would probably vomit too. Just knowing that you’d been ordering there for 10 years and only just discovered its terrible lack of hygiene. Grimy. If any of you are reading this and are from that area of the UK, don’t eat there. You don’t know what’s going to be hiding in your food.

For a more positive pizza story, did you know that KFC are launching a pizza with a base made entirely from fried chicken? Yum.