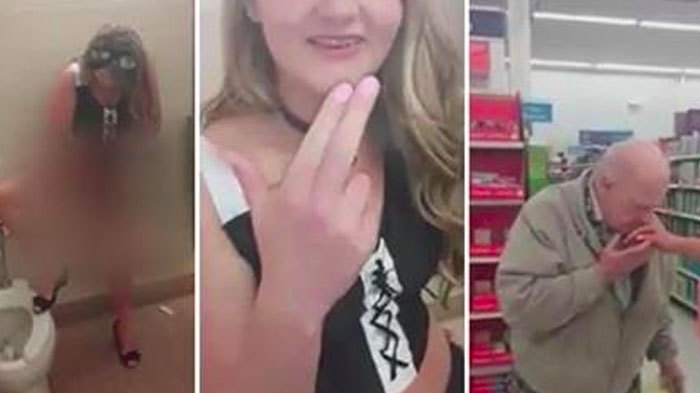 What would her mother think?

Just when you thought Sam Pepper had pulled off the most diabolical prank of the last few weeks, this girl shows up with an absolutely vicious one of her own.

Not one person recognised that scent? Maybe they did but thought they’d sound like psychos if they suggested it was pussy juice instead of perfume. I’d like to think I’d know something was up from the fact she asks to smell her fingers, as opposed to the forearm or neck which is where normal people usually test out perfumes.  Easy for me to say after watching the prank though.

For a prank that isn’t completely disgusting or offensive to anyone, check out this classic where a group of friends convince their alcoholic mate he was in a coma.