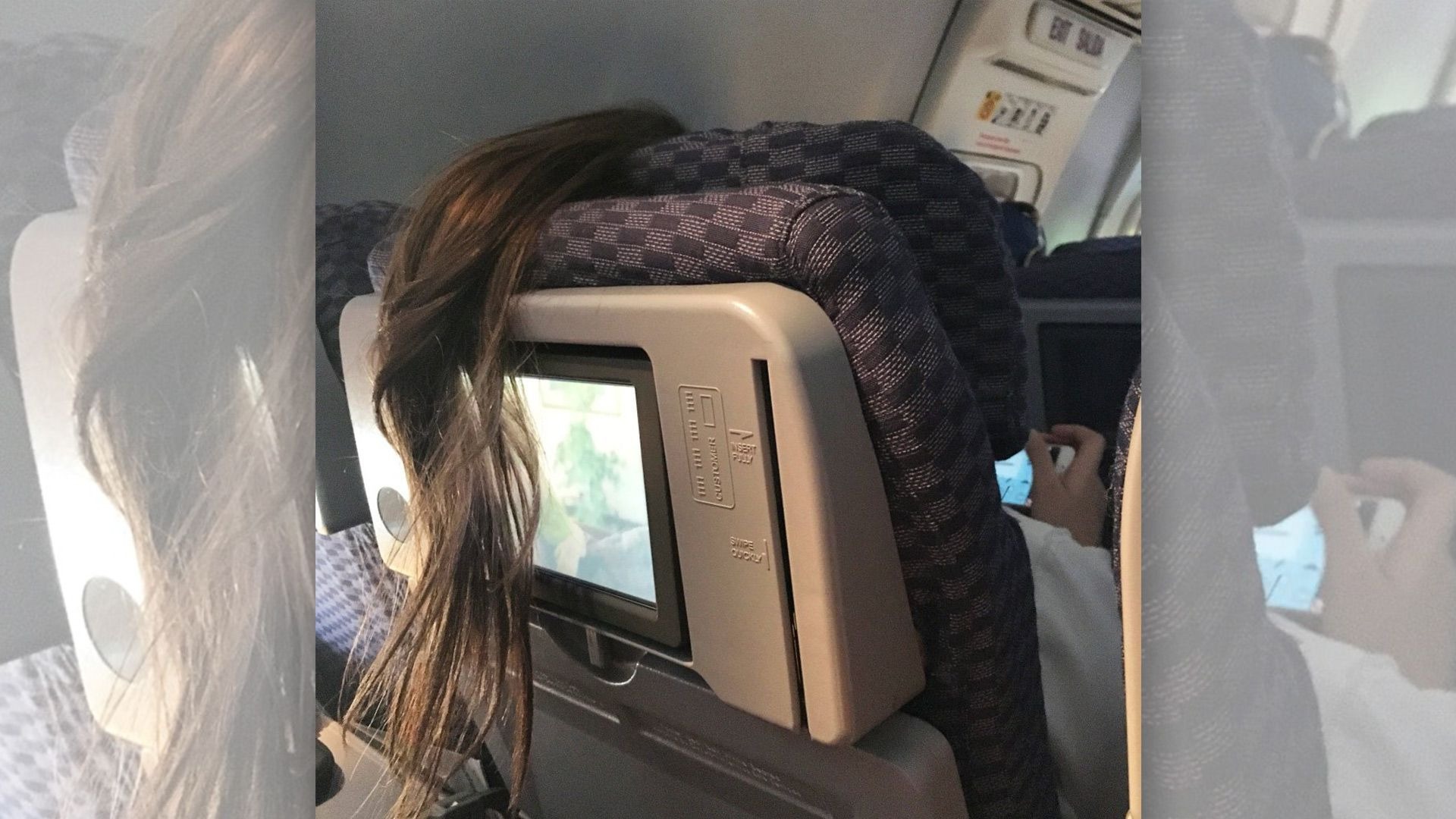 Just when we thought we had everyone covered in our top 5 worst airline passenger run-down, someone Tweets this picture of a ponytailed girl flopping her hair over her seat and in front of the passenger behind her.

I mean check out this savagery:

Congrats to the ponytailed young woman in seat 22B. You've invented a whole new way to be awful at 35,000 feet. pic.twitter.com/VWTPMI5JrM

For the record: After marveling for a bit at her obliviousness, we got her attention. She moved it. https://t.co/qalACLcFUr

I actually think this girl is worse than the guy who tried to hijack that plane the other day. At least he had a reason why he was doing it. This girl’s just being a dick for no reason. And there’s no worse place to be a dick than 35,000 feet in the air where other people can’t get away from you. We already have enough to worry about what with terrorism and suicidal pilots, now we’ve got to deal with people throwing their ponytails over the in-flight entertainment as well? What kind of world are we even living in?

Let’s all try to be better when flying in air-planes. Except this guy who got the entire plane to himself, he can pretty much do what he likes.