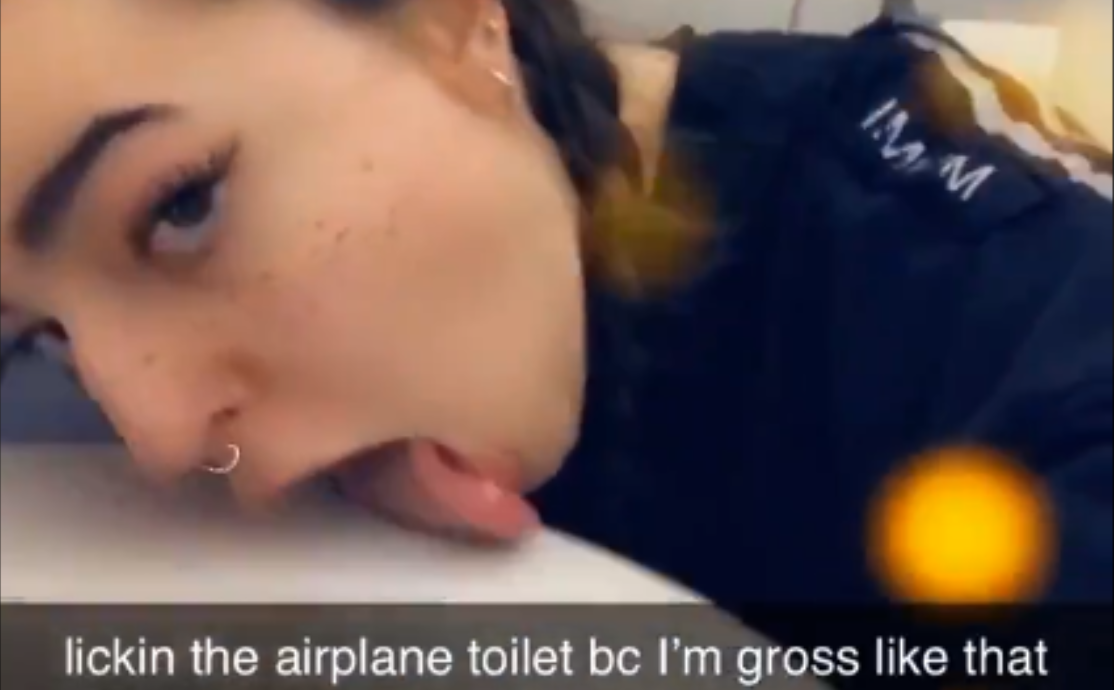 This sex worker (says it in her Twitter bio) just pulled off one of the most disgusting internet stunts in recent memory by sensually licking an airplane toilet seat clean and sharing it with the world.

It’s 2019 so no doubt she’ll find a way to make a ton of money just going viral off the back of this:

Not entirely sure what to make of that to be honest. I mean obviously putting your tongue on a toilet seat let alone licking it clean like that is absolutely vomit-inducing, but at the same time… I’m not completely grossed out by it? Oh well, I guess that’s the mind-fuck effect she was going for. 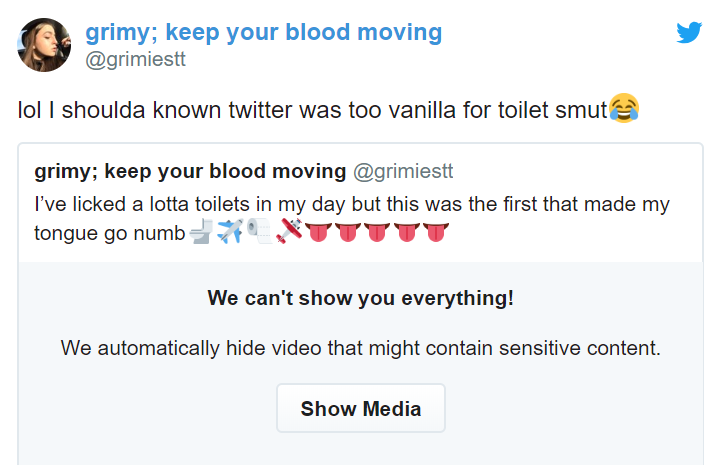 For more licking, get a load of this grandma who has found a groundbreaking cure for blindness… or so she says.