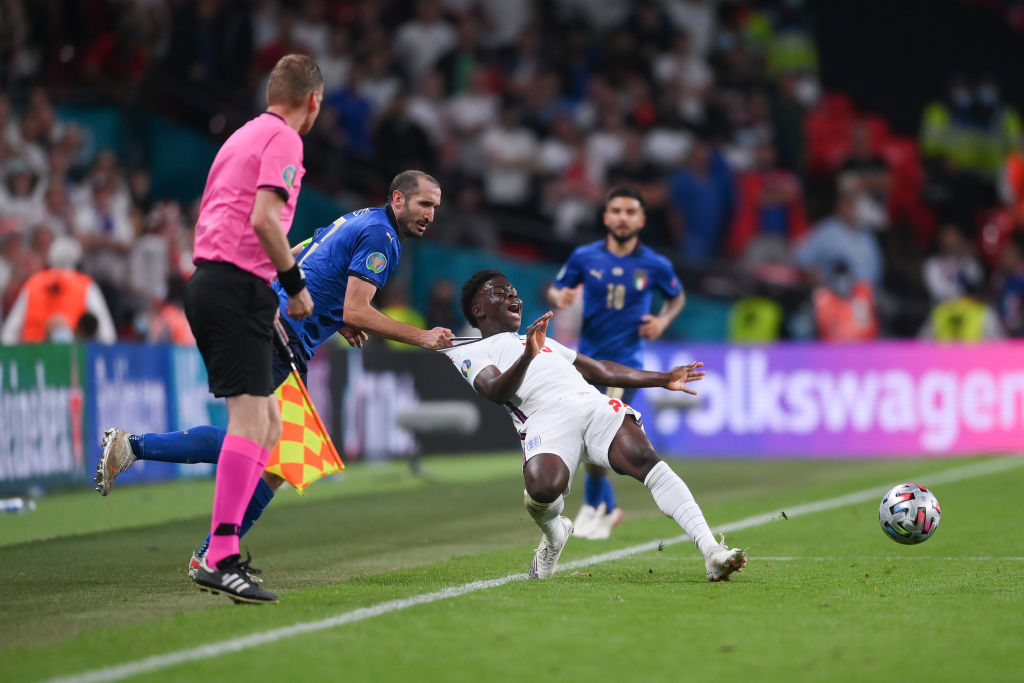 The country is still reeling from England’s penalty loss to Italy in the Euro 2020 final on Sunday night -and will probably never get over it to be honest – and to make matters worse, bastard Italian defender Giorgio Chiellini has now admitted that he placed a curse on Bukayo Saka that made him miss the decisive penalty.

Chiellini could be seen mouthing something during Saka’s run up to take the penalty and he later confirmed that he was saying ‘Kiricocho’, which is a South American term that can be roughly translated as ‘curse you’ or ‘jinx’. It definitely worked and Chiellini was later quizzed about his use of the word by ESPN Argentina, to which he replied:

Ciao, Cristiano. I confirm everything to you. Kiricocho!

There you go. Not only did 36 year old Chiellini have to drag 19 year old Saka back by the neck of his shirt to stop him accelerating away from him, but he also had to place a goddamn curse on him to stop him from scoring his penalty.

What an absolute bastard, although I suppose you have to give it to him because it ended up working and now he has the trophy. Hopefully someone can be as much of a dickhead for us at the World Cup next year and we can bring it home. You live in hope.

For more of the same, check out this racist post from an Australian TV company about the penalty shootout. People really need to do better.