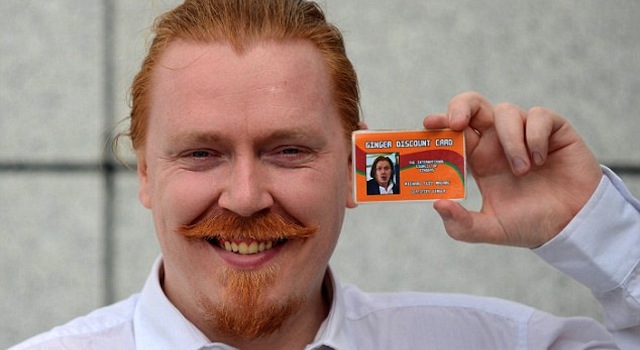 Get your ginger friends on this – it works.

After news that gingers are set to become extinct due to increasingly sunny skies in Scotland, one dude is making the most of his red-headedness by creating a home-made ‘ginger discount card’ which incredibly, has so far worked for him in bars, restaurants, cinemas and taxis.

People have always given me stick for my hair colour, but now I’m going out 3 nights a week and saving a fortune. The joke is on them. It comes out with me more than my bank card. My reputation precedes me and once I was asked by a security guard if I was the ‘ginger discount guy’. I ask if they do the ginger discount, and when they look confused I slide across my card. Usually everyone gets the humour behind it, but some people look confused and wonder if it’s real. I’ve saved a couple hundred pounds maybe, with money off booze, taxis, food and club entries and over four years it fairly builds up. 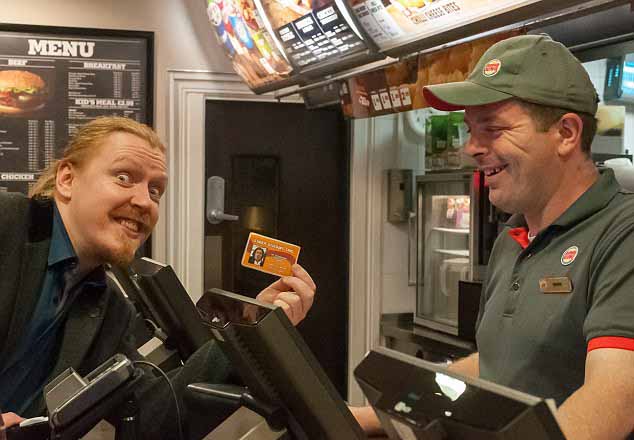 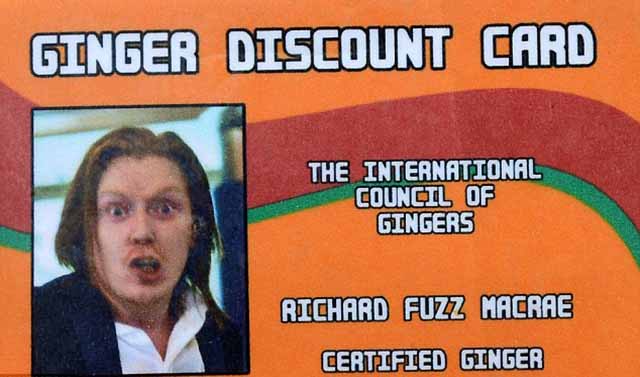 I know what I’d be doing right now if I was ginger — making my very own ginger discount card and looking ginger as fuck on it. Growing out a ginger moustache and goatee to go with my ginger hair and plastering the photo on a laminated ginger card. Doesn’t get more legit than that.