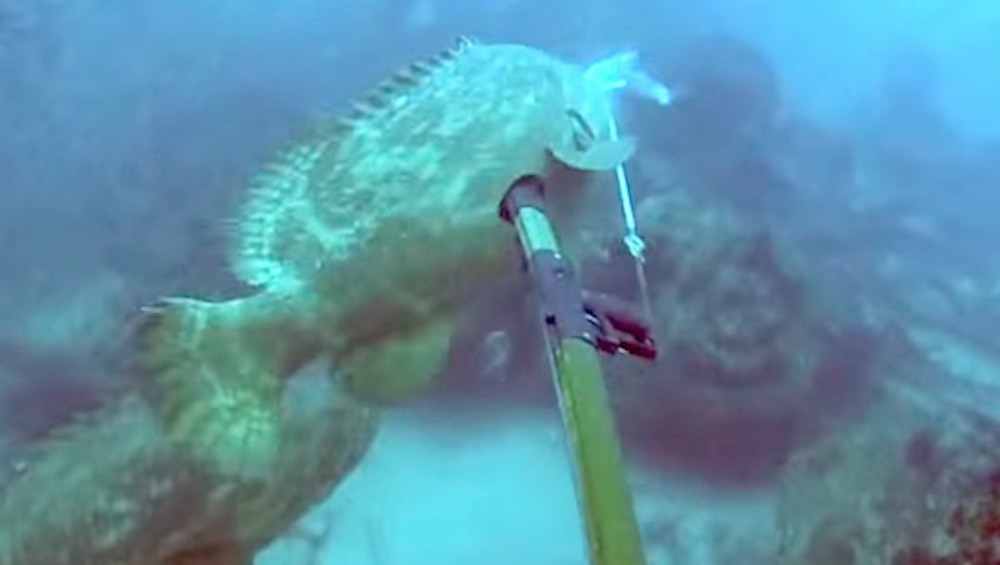 Is the grouper fish or the fisherman doing the stealing here?

This is an insanely funny video going by the reactions of the spear fishermen who are getting massively trolled by these giant grouper fish, who are pretty scary looking to be fair and I wouldn’t want to mess with. They can grow up to 800 pounds and nine foot long don’t you know.

Anyway, the spear fishermen are basically hunting fish in an old shipwreck off the Gulf of Mexico, and it’s your usual basic spear fishing kind of deal i.e. they find a small defenceless parrot fish and impale it with a spear. In every instance in this video though, as soon as the parrotfish is injured, a giant grouper pounces on it and grabs it in its mouth and swims off.

For more evidence of how completely sick grouper fish are, check out this video of one of them eating a shark in one bite. Don’t mess basically.