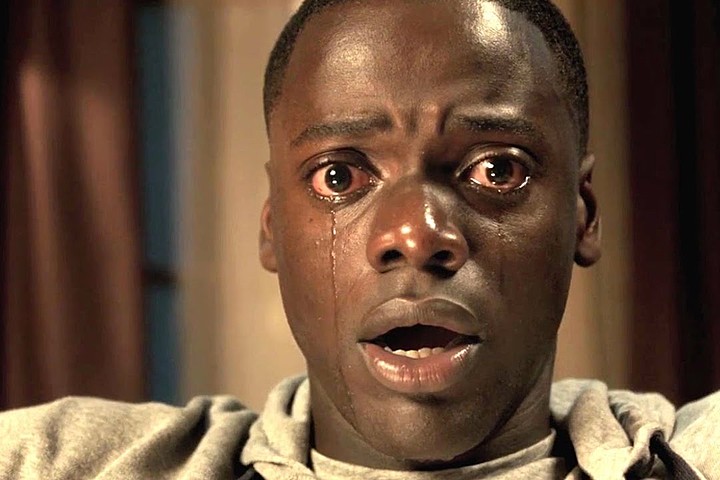 Director Jordan Peele had a different finale in mind.

By now I imagine most people here have seen ‘Get Out’ as it’s one of the most hyped up and successful movies of the year, and even if you haven’t why the hell would you click on this post anyway? What joy would seeing an alternate ending to a movie you’ve never even seen give you, you goddamn weirdo?

Anyway, obviously this post has spoilers and they’re starting right now. We all know that the movie ends with Chris strangling Rose and then a cop car pulling up, which ends up being Chris’s TSA friend Rod who has come to rescue him. Everyone was pretty stoked in the cinema where I saw it because we all pretty much thought there was no way that Chris was getting out of this one.

Well, it turns out that that’s what director Jordan Peele thought as well originally. Check out the original ending and Peele’s reason for changing it below:

In the beginning when I was first making this movie the idea was, ‘OK, we’re in this post-racial world, apparently.’ That was the whole idea. People were saying, ‘We’ve got Obama so racism is over, let’s not talk about it.’ That’s what the movie was meant to address. Like look, you recognise this interaction. These are all clues, if you don’t already know, that racism isn’t over. […] So the ending in that era was meant to say, look, ‘You think race isn’t an issue? Well at the end, we all know this is how this movie would end right here.’ It was very clear that the ending needed to transform into something that gives us a hero, that gives us an escape, gives us a positive feeling when we leave this movie. […] There’s nothing more satisfying than seeing the audience go crazy when Rod shows up.

Yeah, to be honest I think he got it right there. Although I normally love dark and depressing endings to movies, you definitely needed a win at the end of this one otherwise you would have just gone home being completely bummed out and that’s not really what you want from a movie about institutional racism, even if it is supposedly realistic. Nice one Jordan Peele.