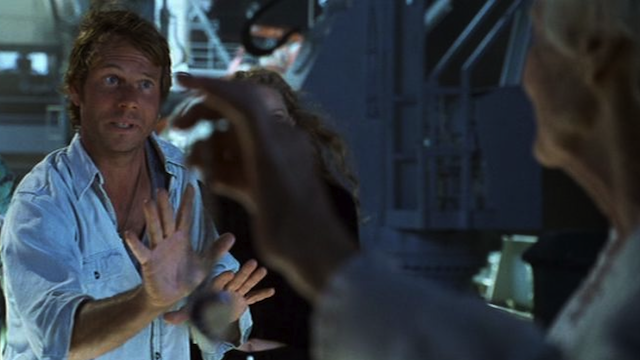 Thank god they didn’t go with this ending.

I’m sure everyone reading this remembers that Titanic ends with old Rose dropping that precious necklace into the ocean where it belongs so that Bill Paxton will never be able to find it. Even the idiots who are making the Titanic 2 know that.

What you probably didn’t know was that James Cameron wasn’t sure if that was the ending he was going to use and actually filmed and edited another one just in case – and it’s fucking appalling.

In the alternative ending, everyone spots Rose about to drop the necklace and tries to convince her not to do it and we get some bullshit quotes about how every day is a gift or whatever and Bill Paxton really hams it up. I can’t believe that this would ever have even be considered for the ending, it’s that bad. You have to see it to believe it, seriously.

Alternate endings should at least be cool or stupid (and I mean good stupid, not the stupid that totally sucks) like this alternate ending to Breaking Bad.