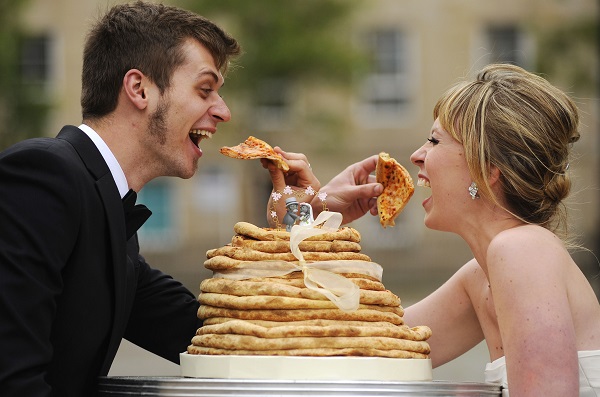 Combining love for your partner with love for pizza.

It’s probably everyone’s dream to fall in love with someone who likes exactly the same things as you. And now if you’re lucky enough to meet someone who shares a love for Domino’s pizza then you can plan all your wedding gifts around the franchise too.

Due to the fact that clearly a lot of couples love nothing more than ordering Domino’s pizza, the famous company have decided to open their own wedding registry. That basically means that when you get married, you send all your pals there and they pick up gifts for you rather than the usual crap that they end up getting you like a toaster – because you haven’t already lived together for about three years and don’t have one. Options on the site are all basically pizza orders, although they’ve been given fancy names like ‘An Excuse Not To Cook’ and ‘Low Key Date Night’. To be honest, it sounds kinda good.

Domino’s spokesperson Jenny Fouracre explained the idea behind the scheme: 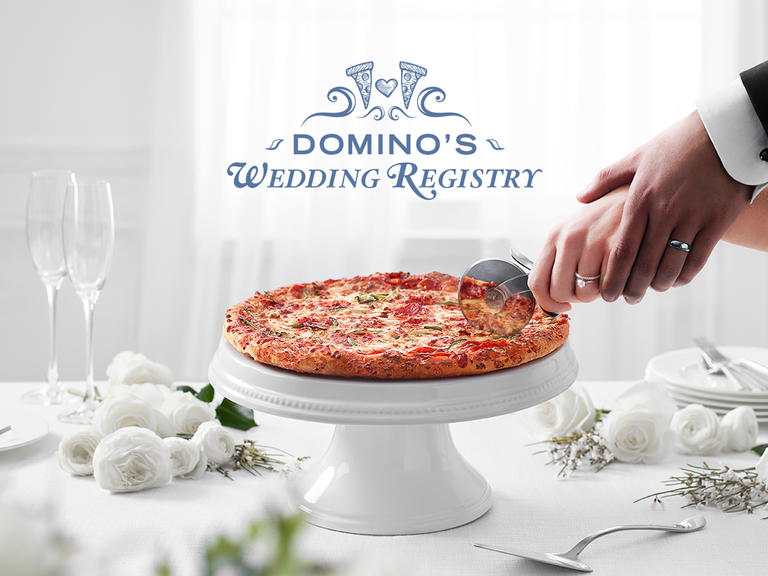 Valentine’s Day is right around the corner, so we wanted to give recently engaged couples that are passionate about pizza the chance to register for something they both truly love as much as their partner.

Choosing wedding gifts can be a daunting process, especially if couples can’t agree on what to register for. Our registry aims to bring couples together over their shared love of pizza.

Our customers constantly tell and show us on social media how pizza plays a role in their wedding, whether it’s for the bridal party, a late-night treat for the reception and other day-of experiences.

We wanted to make it easier for people to request something fun they’ll get excited about. Who doesn’t love pizza?

Wow, that’s certainly an elaborate explanation. Again, to be fair I feel like I would probably want the option of a free pizza every now and again than some of the crap that passes as wedding gifts these days. This idea isn’t as ridiculous as it first sounded when I started writing the article. In fact if I ever find anyone dumb enough to marry me then I might actually suggest it. Don’t hold your breath on the marriage front though.

For more Domino’s, check out the Burgerpizza. That really is something else.