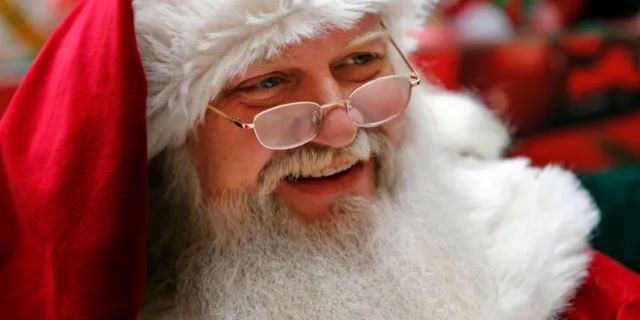 The hashtag #SantaIsntReal is trending on TikTok as Gen Z parents say they don’t want to ‘lie’ to their kids about Santa, because it’s too ‘traumatising’ for children to find out he’s not real.

Apparently Gen Z-ers are old enough to be having kids now, with anyone born between 1996 and 2015 falling into the group. One parent made a video letting everyone know that she told her 3-year-old that Santa wasn’t real:

‘Telling kids that Santa is real is a lie, and I don’t believe in building my kids up on a lie.

I don’t want to scare my children into thinking that they have to behave a certain way or that they were more ‘naughty or nice,’ than another child based on Christmas gifts.

Your kids can still enjoy the magic of Christmas without believing in Santa.’

I’m not sure I’ve ever heard of anyone being traumatised by Santa before, but I guess if anyone’s going to take the concept of a jolly fat man in a red suit delivering awesome presents to children for Christmas and make it all about ‘trauma’, then it’s Gen Z and TikTok. Do you even have to necessarily tell kids that he’s not real? Most of them figure it out by themselves when they consider the time constraints (among other things) of Santa flying around the globe on his reindeer-propelled sleigh and sliding up and down every chimney in the world within 24 hours.

I guess as millennials we should be happy that the Gen Z crew is making us look as though we don’t suck that much by comparison, but still; is there anything this generation brings to the table that isn’t pure drama or stress? You can bet they’re going to be the ones that ensure Mark Zuckerberg’s Metaverse is a success too, so that we all end up staying indoors inside our digital safe spaces for the rest of time. Can’t wait.

To meet the kid that’s allergic to Christmas, click HERE. Wonder how he feels about all this?