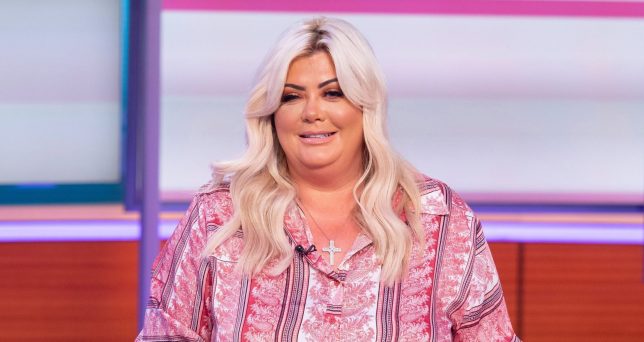 In the past few months, most people have been pretty impressed with Gemma Collins after she revealed that she had dropped three stone and even more people wanted to know just how she managed to pull off this impressive feat at the age of 38.

Collins originally announced that she owed it all to her new vegan diet, but it looks as if this has been disproved today as a rep for injection company SkinnyJab told the Metro that she had been receiving treatment and that is had been an overwhelming success. The jabs cost £250 for a three week course and essentially remove your appetite for food so that you end up eating less.

A rep from the company confirmed Collins’ participation, saying the following:

Can’t really seem more simple than that there can it? No, I don’t think so but Collins herself came out in an Instagram post previous to this confirmation, claiming that she hadn’t used any diet pills to achieve her weight loss and that it was solely down to her vegan lifestyle:

Lots of people contacting me re certain products thinking I’m using them 👉🏻 My LAWYERS are on to you right now and I look forward to receiving thousands !!! DO NOT ASSOCIATE my NAME with your products when I am not behind them ………….I’m copyright © and patented…. EVERYONE be AWARE …. I have no association with any of these products …. ladies guys do not fall into this thinking it’s what I am using I am not x #betterbeware ✌🏻

Yeah I guess she’s talking about pills more specifically on that post, but even so it’s not really looking that good when she’s saying she’s lost so much weight because of her diet when in actual fact she’s been creeping to some medical facility and getting injections instead. I mean I don’t really care about how much she weighs or how she’s managed to lose weight, but I think she should probably own how she did it rather than lie and say it’s because she was vegan to get some more Instagram followers. Just nothing cool about acting like that at all is there.

For more of the same, check Gemma Collins out asking for £1 million for her sex tape. Er no.