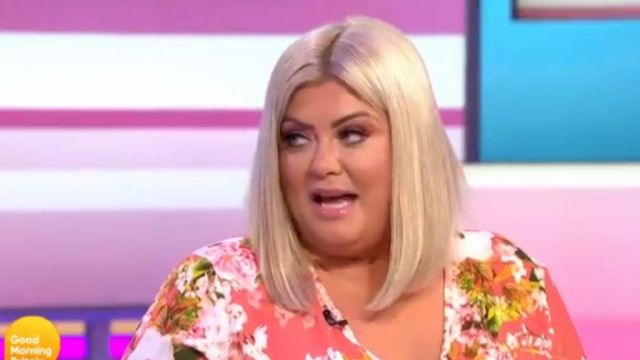 Help often comes from unexpected sources in an emergency, but I doubt anyone could have predicted that Gemma Collins would be the person to push through Brexit and solve all of the nations problems.

Of course, there’s absolutely no chance that this is going to happen, but Collins herself nevertheless thinks that she’s the most qualified person in the country to see it through and has put forward her name to help Theresa May out with the negotiations. Brexit supporter Collins was appearing on Good Morning Britain this morning where she said the following:

‘Take a deep breath Theresa. Make a deal and let’s move forward.’@missgemcollins says she voted to leave the EU and offers Theresa May some leadership advice… pic.twitter.com/UAgt1Ksu19

Theresa needs to make a decision.

I voted out, but I think Theresa needs to lead our nation, take a deep breath to make a deal and let’s move forward.  What’s she doing?

She needs to take the lead. If you a leader in this country, take the lead and own it, and the people will follow in the end.

If you need some help, hun, I’m free after the show.

You’ve go to have some gumption if you’re leading the country and she’s going to take stick whatever she does but she just needs to lead our country and go for it.

Wow. I mean if that’s the extent of her political insight then I’m fully confident that after their meeting Theresa May will probably lead us to a Brexit that everyone is happy with the following day. Get them together now – can’t believe we didn’t think of it sooner.

For more Gemma Collins, here she is asking for £1 million for her sex tape. Bargain.