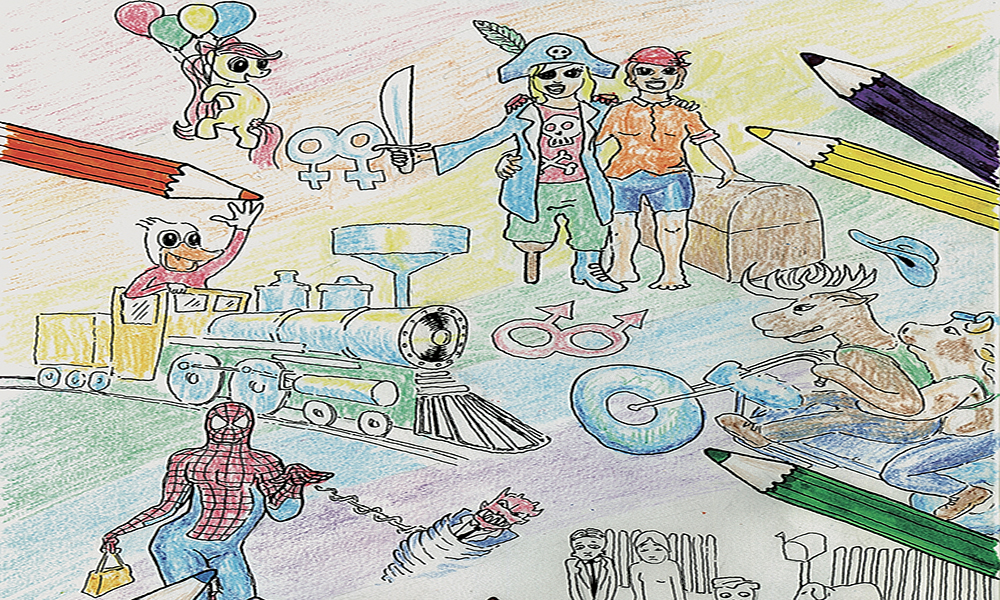 Wanna see what the inside of a gay colouring book from a Norwegian hip-hop artist looks like?

I was in Denmark a few months ago, shouting really loudly at people with my band, and happened to be sharing the bill with some Norwegian rappers called Gatas Parlament (English: parliament of the street). We tend to play lots of European squat venues and anti-fascist gigs, so meeting weird and wonderful people is a regular occurrence.

Gatas Parlament have a strong left-wing agenda, with an ex-member who turned his hand to socio-political blogging and even appeared on Norwegian national TV to talk about tax! From my own personal experience, Norwegians generally have a lot to say.

In 2004, these dudes nearly got themselves locked up for yonks after setting up the anti George Bush website, supposedly calling for the assassination of the then U.S. president and urging readers to pay money towards a bounty on his head. The band defended the exercise as satire. Norwegian police and the American embassy eventually saw that it was a political campaign and clearly not about killing anyone. A pretty slick publicity move in any case.

Fast-forward a decade. Amongst the usual CDs and t-shirts that get sold at shows, Gatas Parlament had a particularly special item of merchandise for sale, The Gay Colouring Book. One member of the crew, Elling Borgersrud, initially drew this treasure for his children.

What attracted me to this wasn’t just that it helps bring children, hence the future, into a more liberal way of thinking, nor that it joyously depicts same-sex unions in the most innocent settings or even how gay culture is observed almost objectively throughout so many pockets of western society. It simply makes me laugh.

It’s always a shock to see how homosexuality and discrimination is considerably more prevalent in the cold, northern end of the planet.

From two, heart-headed female swans to ‘Tramp and the Tramp’; the Gay Colouring Book is an innocent and entertaining slice of liberal child’s play. 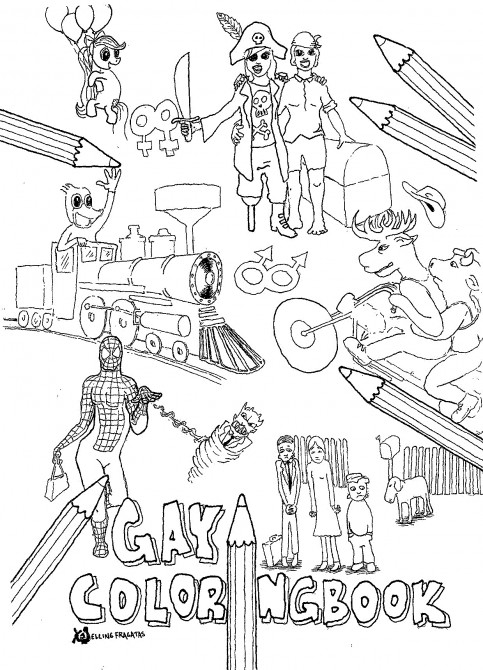