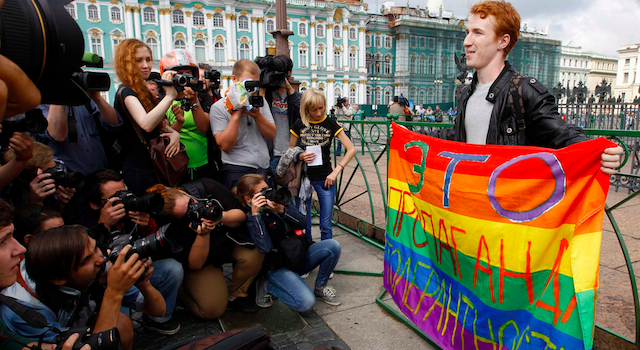 A photographer has travelled to Russia to create a photoset to illustrate what lesbian couples have to live like over there. Check it out here.

If you’ve been following the news about Russia then you would know that they’ve recently passed anti-gay laws. Specifically the law states ‘bans the distribution of “propaganda of non-traditional sexual relations” to minors’ which effectively makes it illegal to hold any sort of public demonstration in favour of gay rights, speak in defence of gay rights and distribute material related to gay rights or to state that gay relationships are equal to heterosexual relationships. It wasn’t making being gay illegal, but it was pretty much the next best thing which obviously isn’t progressive in the current international community.

Photographer Anastasia Ivanova travelled over to Russia to create a photo journal of what life is currently like for gay couples living in Russia under these new laws. Each photo is of the couple in their natural environment and is accompanied by a line from interviewer Kate Bond’s conversations with each pair, under the supervision of art director E A Bukanova. The result is haunting but also hopeful and inspiring. Isn’t love great?

The actual photo series can be viewed over at Muff Magazine – there’s basically a lot more in the interviews – but here are a bunch of our favourite images from it.

‘Sometimes our gay friends in Germany, America or England talk about their lives, and we feel as though it’s another world. No doubt they think the same about us, when we tell them of the situation in Russia.’ 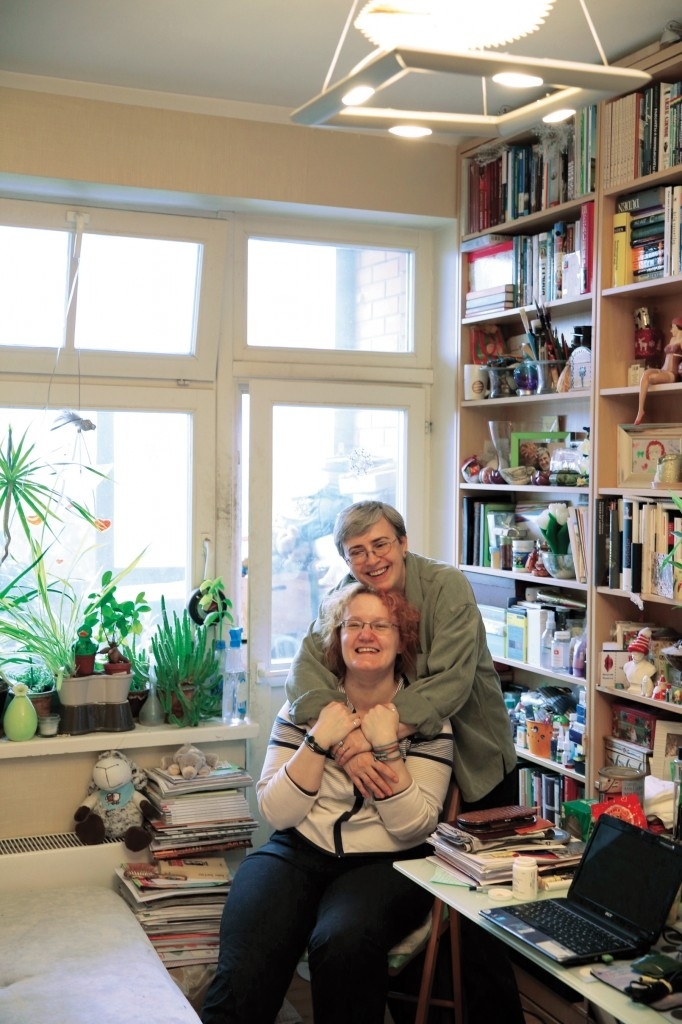