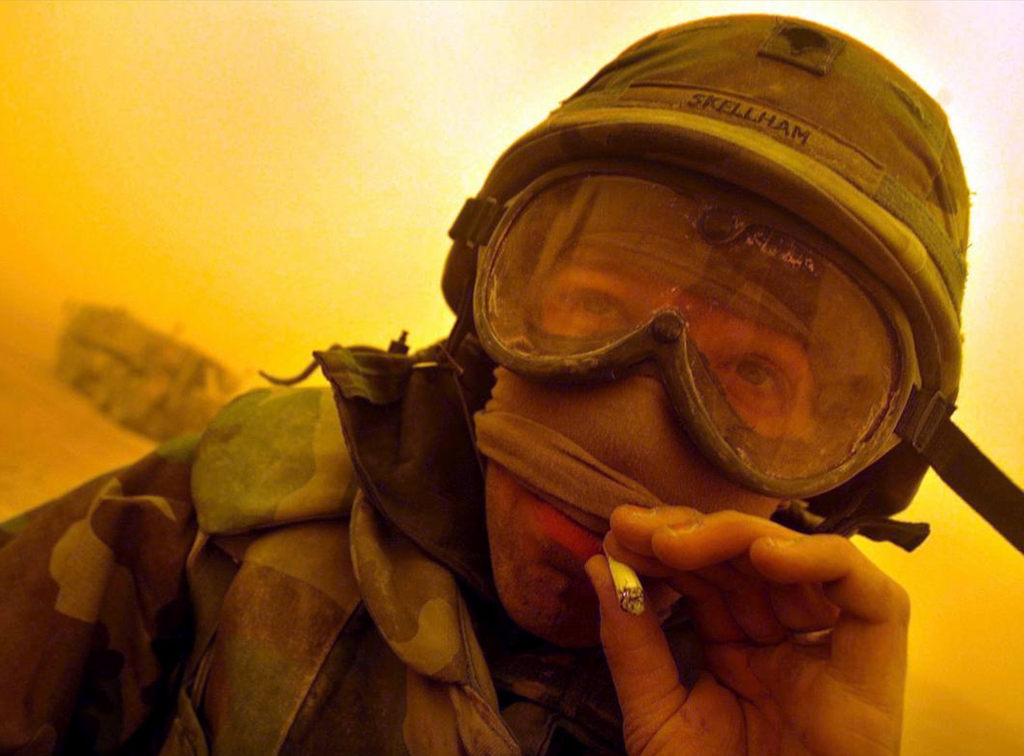 The Iraq war in hideous technicolour.

In 2003, Bush declared to the world his intention to smash non-existant WMD from the hands of Saddam Hussein. Despite global demonstrations and outrage, a devastating air strike on Baghdad crushed the capital which quickly fell to the Western militants. Bush declared a victory. Hussain had been toppled, an insurgency provoked and literal carnage endured.

After a decade under siege the Americans and their allies finally left the country ripped to tatters, no WMDs in sight. Some people call the invasion of Iraq the “pinnacle of Western imperialism”, and that sounds just about horrible enough.

After 10 years of Western military rule the Americans finally wheeled out their weapons leaving the mess behind. The death toll on all sides is estimated to be anywhere from 110,000 up to a million.

Across the following slides are stunning and disturbing images from Iraq and the surrounding troubles throughout the last decade and a bit: