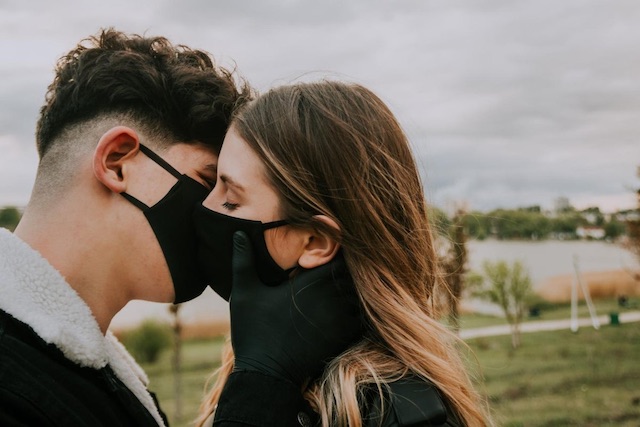 It’s fair to say that the Coronavirus pandemic has affected us all in very different ways and there are a lot of people out there with some absolutely crazy opinions about the situation, but this one guy who’s fully vaccinated and refusing to take his mask off just might be one of the craziest.

The guy’s wife recently wrote into Slate for advice about what to do about the fact the guy literally refuses to take his mask off and this is how it went down:

I have been married to a great guy for five and a half years. He is handsome, sexy, funny, and kind. It’s true that he has always been a little “prissy” about illnesses, but I never thought it was a real problem. However, during the pandemic, his terror about getting sick has reached new levels. For the last year, he has refused to take off his face mask, even when we are at home—just the two of us. This is true even now that he is fully vaccinated for the virus. He wears it to sleep, to do most of his bathroom activities, and, yes, even during lovemaking. To eat, he pulls it up to expose his mouth, and then quickly pulls it back down between bites. While he does not insist that I do the same, I can tell it bothers him that I don’t—especially because I have now started going maskless outside, per the CDC guidelines, and plan on restaurant dining inside soon for a girls’ night out.

When I have tried to present him with the science, he says, “Scientists don’t fully understand the virus yet,” or, “I know it probably isn’t necessary, but wearing it doesn’t bother me, so if there’s even a small chance that it can protect us, I’d rather be on the safe side. What’s the harm?”

I disagree that there’s no harm. I want to see my beautiful husband’s face again. I want to kiss him on the lips romantically, like we used to, and not through a piece of fabric. (He does not change his mask very often and it is often smelly and soiled.) And I don’t want to feel judged by him for my own behavior, which I consider reasonable.

This is making me depressed and concerned about our future together. I have asked him when he plans to stop masking, and all he says is “When it is safe for everyone.” What if this becomes a permanent part of him? My mother, who is very conservative, thinks that I should move out. But I don’t think I’m ready for that step yet. What I want is my husband back. How can I get through to him? 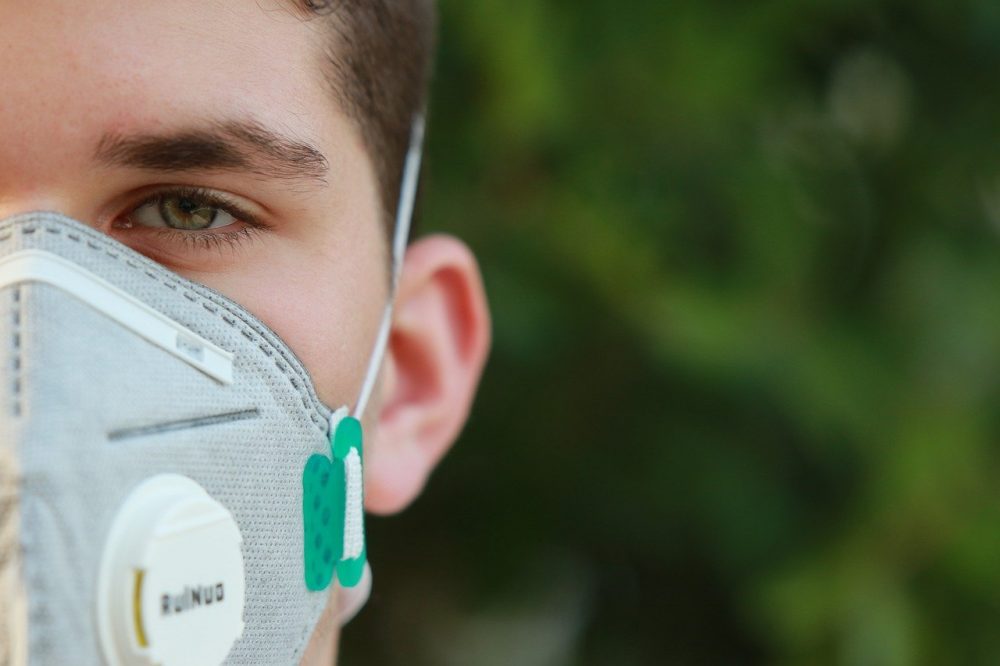 I suspect your mother and I would agree on almost nothing COVID-related except the fact that your husband’s behavior is alarming. “What’s the harm?” is such an insidious phrase. It’s not a question; it’s a statement of “leave me alone.” But there is lots ofharm in leaving him alone—harm to his mental health, to yours, and to your relationship.

You need to sit down with him at a time free of heightened emotions—so not right after sex (I am impressed—is that the word?—that you are still sleeping with him!). Tell him all about the harm here: His behavior is alienating you and is certainly not offering him any real protection against disease. Give him three options. First, he can make an appointment with his physician to talk about effective protective measures. If he does this, he has to commit to following the doctor’s recommendations, and you have to be present so he can’t lie to you about what happens there. Hopefully, his doctor will say he has to do option No. 2: start seeing a therapist. If he chooses this, he has to commit to at least six sessions (or some other number that feels right to you). Finally, he can decide—because it would be his decision if he doesn’t take another action—to call an end to the relationship. I know you want your husband back, but he isn’t that husband right now, and he needs to understand just how serious this is. To be clear, you have to mean it when you say that the relationship has to end if he doesn’t make progress, but I think that would be the right move.

If he goes with one of the first two options, you should promise to do the legwork: finding him a therapist, making appointments, etc. Your husband is in the middle of a long-running crisis and that is the worst time to have to navigate our completely patient-unfriendly mental health care system.

Once he has committed to some sort of treatment, see if you can get him to promise to change his mask every day until he feels secure going without it. If you don’t have enough at home, there are lots of deeply discounted masks available now. But I don’t want you to lead with the demand to change his mask every day, because that could open the door to negotiations around behavior—and what you need here is to address the problem itself. I will be thinking about you!

That’s some pretty solid advice there from Prudence but in all honesty this guy sounds like a bit of a nut job so I’m not sure if anything is going to be able to get through to him. It’s clear that he has some kind of mask fetish and that’s very, very weird. Definitely one of the weirdest Coronavirus takes yet.

For more of the same, check out this completely insane anti mask meltdown at a Walmart in Alaska. Mental.