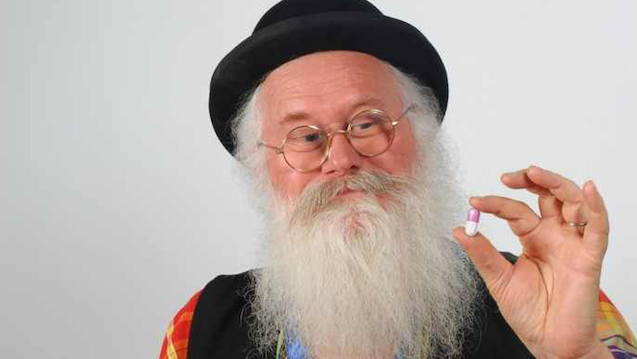 Finally, the answer to one of life’s biggest problems.

An eccentric looking 65 year old French inventor named Christian Poincheval has claimed that he’s invented a pill that will make your farts smell like chocolate. Music to my nostrils, I’m sure you’ll agree because nobody likes smelling farts, except for some weirdos who bizarrely like the smell of their own farts.

He’s called the pill Lutin Malin – which loosely translates to crafty imp, which makes a whole lot of sense – and claims that the pills ease digestion and can also make your farts smell of violets or roses. Christian says that it works by combining a whole bunch of organic ingredients like blueberries, seaweed and fennel.

He claims that he sells several hundred bottles of the stuff a month, which isn’t really that surprising considering it’s pretty much a miracle cure to one of life’s biggest problems. What’s more, it’s not even that expensive with a bottle of 60 pills costing roughly £8. If my mom is reading this, stick some of these on my Christmas list immediately. Not sure if it would be enough to repel the massive fart that we lined up and fired at the French earlier this year though.

Poincheval said he came up with the idea for the pill at a particularly disgusting sounding dinner party where all of the guests farted uncontrollably in front of each other for several minutes:

We were at table with friends and after a hearty meal, we almost suffocated as our farts were smelly. The winds were not very pleasant for our fellow diners. I had to do something.

Right. Maybe they should just learn some manners? To be fair they are French so maybe that wasn’t an option.