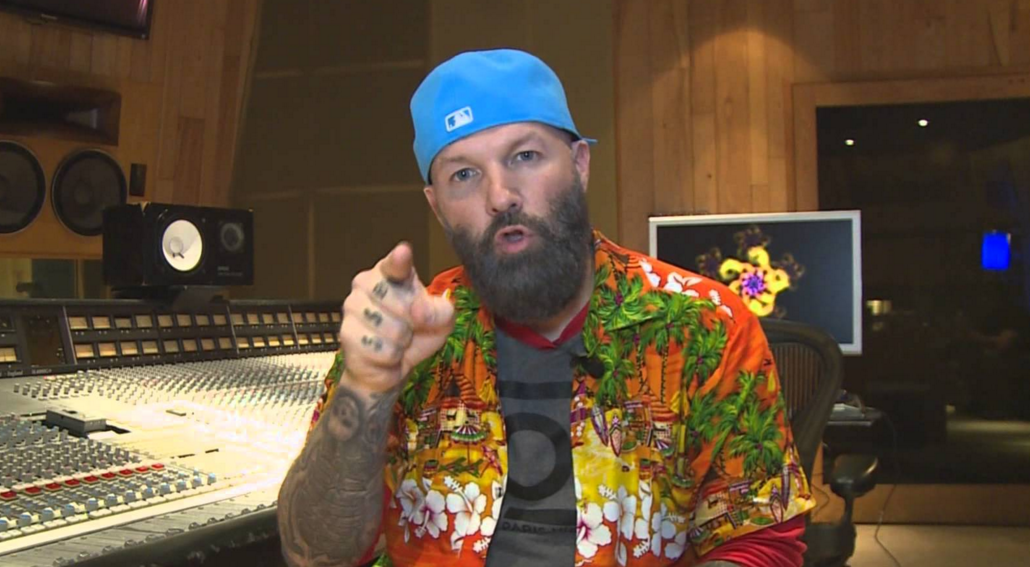 Last we heard from Fred Durst, he had released a cataclysmically shit collaboration with Lil Wayne which was received about as well as you might expect.

Ukraine’s decision to ban him from entering the country for five years has nothing to do with his music though (at least that’s what they’re saying), but rather “in the interests of guaranteeing the security” of the region.

Durst, whose wife Kseniya Beryazina is originally from Crimea (annexed by Russia in 2014), planned on moving there to film a reality TV show.

Good morning, Malibu 💝🐡💝🐡💝🐡💝 🐡💝🐡💝🐡💝🐡 my wife is holding a baby lama. We found it walking alone and scared on the shore. We fed it Gouda cheese and now we own it. Funny how wild life works.

He was also keen to get himself a Russian passport.

I wouldn’t mind getting a Russian passport. If you have communication with the relevant authorities, which could assist with obtaining it… share.

I want to help Americans understand how beautiful Russia is!

He even sent a letter to the Crimean administration saying that he thought Vladimir Putin was a “great guy with clear moral principles”.

Fred thought he was in with a chance after Sergey Aksyonov, head of Crimea, wrote an open letter to western celebrities asking them to move to the region in hopes it might become “the new Beverly Hills”. Seriously.

Turns out Fred Durst isn’t what he had in mind though.

In any case, Rage Against The Machine bassist Tommy C has apologised for any part his band played in the existence of Limp Bizkit, so hopefully Ukraine don’t hold it against him. You can’t deny this was a jam though: