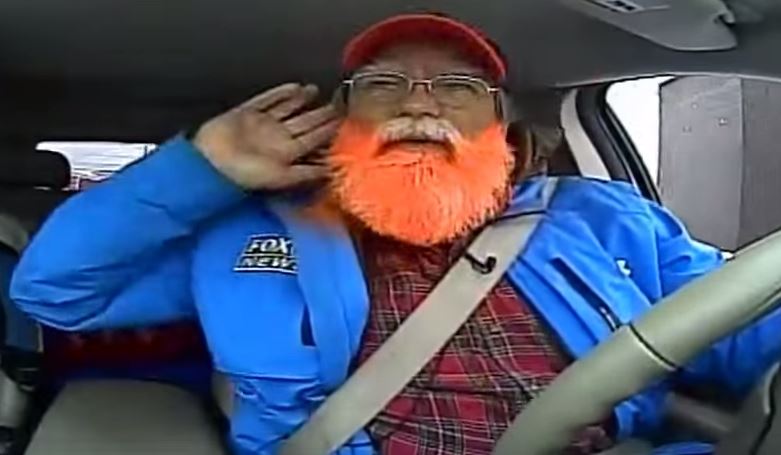 McDonald’s always seem to be in the news, whether it’s for something good or something hideously, hideously wrong, they’re always in there. It sort of annoys me that they get so much free air time, but hey ho, here I am banging on about McDonal’ds so I can’t say nuthin’.

Fox News are proper dumb-dumb idiots, as we well know, but this is pretty special even for them. One of their roving traffic reporters – Jimmy – is out on the road checking out weather conditions and traffic beefs. The studio cuts to him live and instead of being focused on his job he’s busy ordering himself breakfast at a McDonald’s drive-thu. Live for the nation.

That in itself is pretty jokes, but the Fox plums don’t seem in any rush to cut away from him as he orders brekkie, and he doesn’t make any attempt to hide the fact that he’s ordering burgers rather than, well, reporting. Very unprofessional indeed, tut.

Good, huh? Just to clear up the orange beard drama, I did some “research” whilst you were watching that clip and it turns out he’s dyed his beard orange to raise money for an MS charity. Good lad: 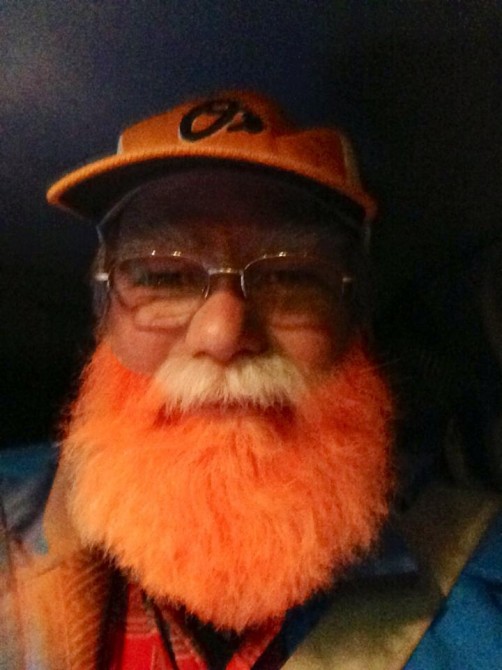 He’s got previous as well, look at this beast: 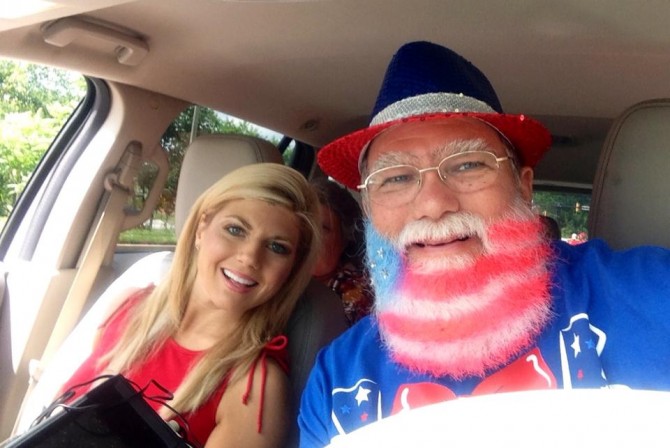