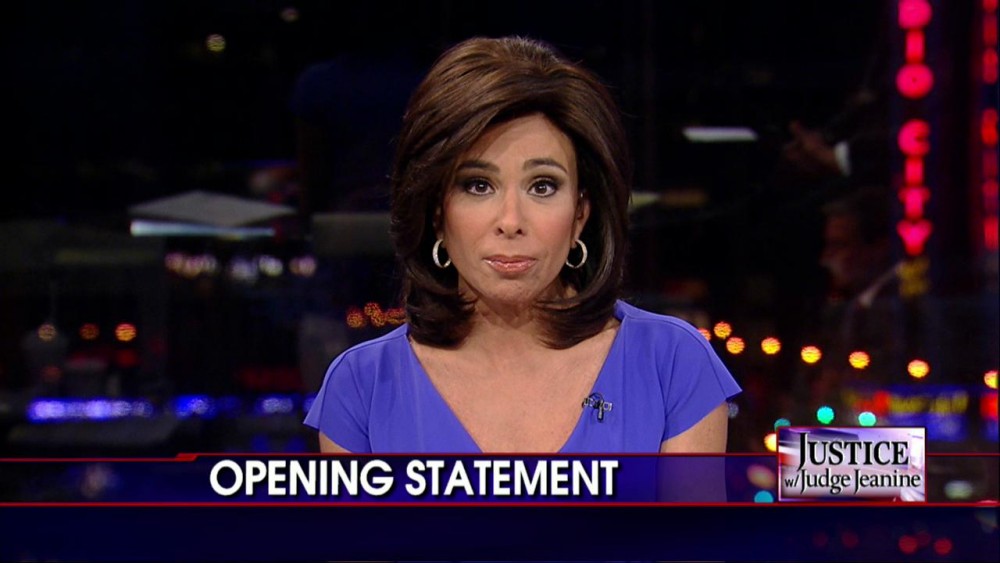 Fox News has never been a particularly well informed news outlet, its on-air screw-ups this week really have to be seen to be believed.

Although Fox News has never been a particularly well informed news outlet, its on-air screw-ups this week really have to be seen to be believed.

If you missed it, earlier on in the week Fox dragged out their so-called ‘terror expert’, Steve Emerson, to comment on the Charlie Hebdo attacks. Emerson went on to outline his impression of Islam in Europe, before telling the complete and total lie that Birmingham is some sort of Islamic fortress, totally bent to the will of Islam and off-limits to those of other faiths. You can see that complete clanger here.

Enter Judge Jeanine Pirro, Fox News commentator and host of Justice with Judge Jeanine, an evening Fox broadcast where Pirro couples current events with ‘legal insights’, whatever they are.

Now if you’re like me, you expect a Judge to be a reasonable, thoughtful and compassionate leader of modern society, not so it appears. I don’t think I’d be far wrong in saying that this broadcast is little more than the vilest kind of war-mongering, why Fox is making such excessive efforts to incite hatred against Muslims is beyond me.

Remember American citizens, they’re coming for you! And your Christian Faith!

It might just be my restrained English sensibilities, but conservative Americans utterly nauseate me. Their speeches are so absurdly impassioned, like they all think they’re giving a speech to the Rebel Alliance before attacking the Death Star.