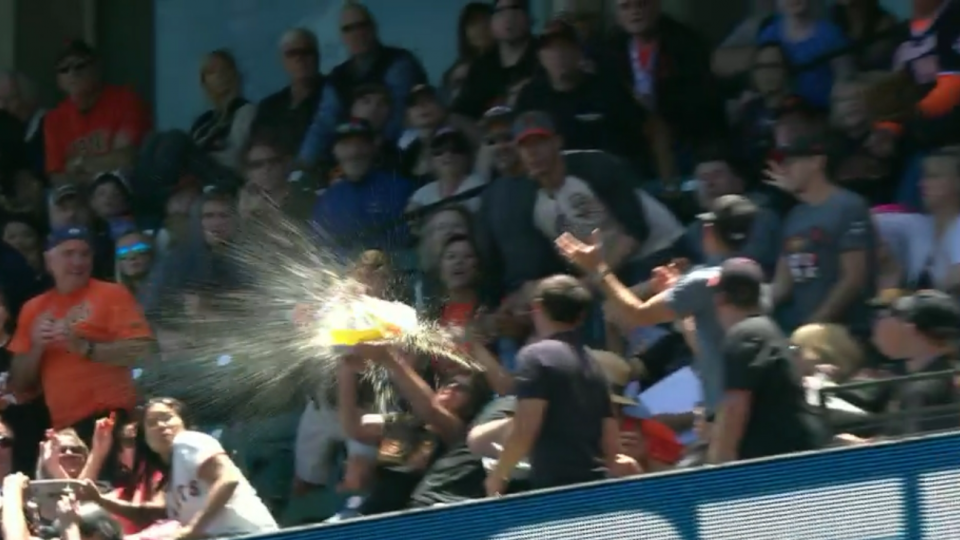 An epic display of food and beer destruction.

A while back, this absolute legend caught a baseball in his beer and chugged it in front of the whole crowd and it was awesome.

This past weekend, a woman tried something similar when she attempted to catch a foul ball with a packed food and beer tray, but it wasn’t to be, because the food and beer exploded everywhere and she ended up looking very stupid indeed.

And that’s when you call it a wrap and go home I’d say. Day completely and utterly ruined. You’re covered in food and beer and still hungry and £20 out of pocket. How come she looks so surprised that it didn’t work?

Bonus clip – a dad actually dropping his daughter so he can try catch a foul ball (and failing):