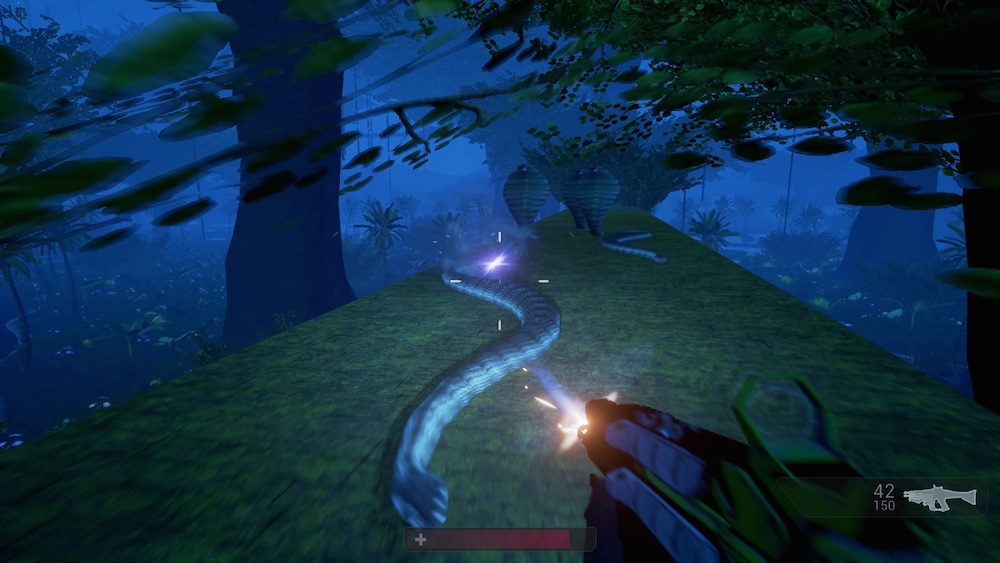 Why does this exist?

I’m going to admit that it’s been a while since I’ve played Snakes And Ladders, but I’m fairly certain that whenever that did occur I did not think that the game could have been improved by creating a first person shooter of the conflict between snakes and ladders.

Or snakes and humans as the case may be, but a bunch of people actually thought this would be a good idea. Here’s the ‘storyline’ which is literally unfathomable:

Millions of years ago there waged a devastating war between humans and reptilians for control over the galaxy.

Knowledge of this war has been passed down the ages and now exists in the form of a board game which is played to this date.

This game features the origins of that war.

OK. If that doesn’t sound bad enough, then check out what the actual game looks like:

Gee. That looks like something you might have played on the SNES and probably has the music (which is literally awful) and gameplay/button interface to match. Why the hell would you want to spend your days running around a forest and shooting annoying slithering snakes on the floor when you could be playing a much better game like COD or Fallout4?

And more to the point, how the hell did these snakes get into a war with humans over control of the galaxy when all they can do is wriggle around on the floor? Absolutely terrible, but probably not as bad as what has to be the world’s worst video game.