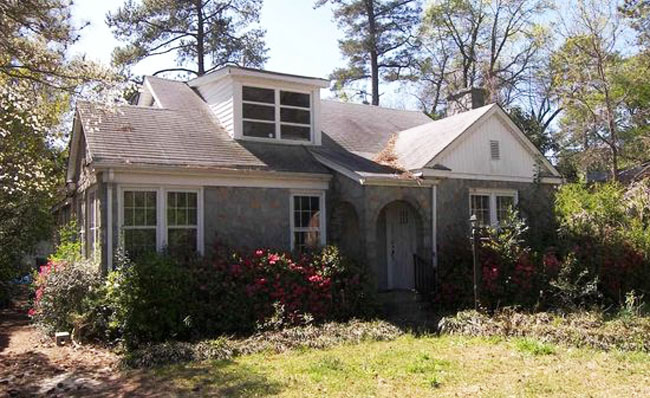 This could easily be the setting for the next American Horror Story.

Most of the time when you’re looking for a house on the internet they don’t normally tell you what’s wrong with it and it’s up to you to try and figure that out before you end up handing over your life savings in order to purchase it.

This house for sale in Columbia, North Carolina might be the exception to that rule though. It’s a four bedroom, three bathroom, 2,656 square foot “diamond in the rough” property selling for just $130,000, which is $25,000 below the going rate in the area. There’s gotta be a catch right?

And oh boy is there a catch. The listing was first discovered by Twitter user Bekka Supp, so we’ll leave her to describe it all to you:

Hey @zillow!!!! I HAVE SERIOUS QUESTIONS ABOUT THIS NIGHTMARE HOUSE. Read the description. https://t.co/ZrKg58Pi50

Like why is this large paper clip next to A PORTAL TO HELL, @zillow #NightmareHouse pic.twitter.com/T6BfzqTbUw

WHO DIED OR IS DYING HERE, @zillow AND WHY DID THEY TRY TO BREAK INTO THIS #NightmareHouse pic.twitter.com/5IwCR6Dyw5

CAN THIS HOUSE BE USED IN THE NEXT SEASON OF STRANGER THINGS @zillow #NightmareHouse pic.twitter.com/DoLh46wrkD

And why are the leaks COMING FROM THE UPSTAIRS SPACE NO ONE DARE SPEAKS ABOUT @zillow #NightmareHouse pic.twitter.com/dsaWX9G6CA

In case you can’t read that highlighted piece of text, it reads:

Upstairs apartment cannot be shown under any circumstances. Buyer assumes responsibility for the month-to-month tenancy in the upstairs apartment. Occupant has never paid, and no security deposit is being held, but there is a lease in place. (Yes, it does not make sense, please don’t bother asking.)

Wow. Even before mentioning the overall creepiness of the house, this sounds like the kind of place where you’re going to get murdered immediately by whoever or whatever is living in that room.

How the hell can somebody be living there without paying rent or a security deposit? It brings up ideas of some kind of bastard inbred killer child that the old owners gave the room to and refuses to leave or something.

Added to that the overall bizarre and horrific nature of the house and you’ve got somewhere that’s never going to be bought I’m afraid. Would definitely be interested in checking it out and visiting it and finding just what the hell was going on in there. Not sure if I would have the guts though.

For more of the same, check out this creepy house that got covered in insults. What the hell did Jack Palmer do to deserve that?