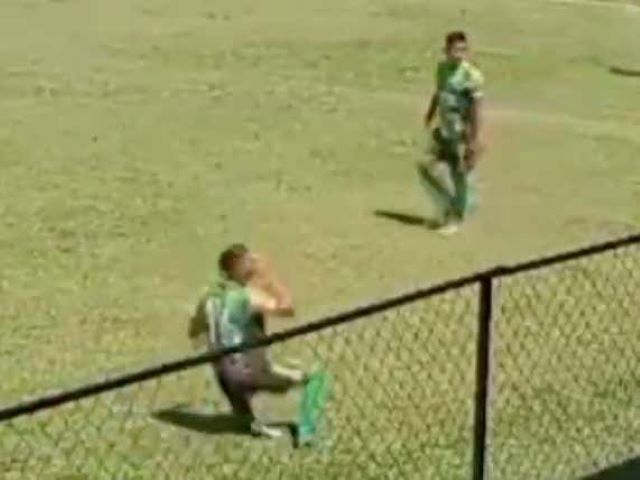 How could he possibly think he’d get away with this?

The football world has seen plenty of diabolic dives and embarrassing fakery when it comes to winning fouls and trying to get your opponent carded during a match, but this move by a Guatemalan third-division player has to be up there with some of the most outrageous football dives we’ve ever seen.

In an Oscar-worthy performance, Batanecos’ Rosbin Ramos picked up an object (a rock I think?) that was laying on the pitch, bashed himself in the head with it, and then went down like a sack of potatoes:

😳 A player in Guatemala fakes being hit by a rock.

Now my guess is they don’t have VAR over in the Guatemalan third division, but how on Earth did this guy possibly think he was going to get away with that? It’s so funny how he actually picked the object up and struck himself in the head with it as if to make the injury more realistic to himself. Although to be fair his acting once he dropped was pretty good. He didn’t roll around endlessly like Neymar or do a ballerina spin like Mo Salah. He kinda just flailed around and got into a couple semi-fetal positions while everyone wondered what the hell just happened.

I’m not even really sure what his goal was here – to make out like an opponent floored him or a fan lobbed something at him from the stands? Either way, according to Football24, Guatemala’s football disciplinary body are expected to take action against Ramos over his antics. Whether that means a fine or suspension or getting an actual rock thrown at his head remains to be seen. Lesson learned regardless, you’d hope.

For the massive fight that broke out during a Brazilian football game after a player stripped naked to celebrate a goal, click HERE.