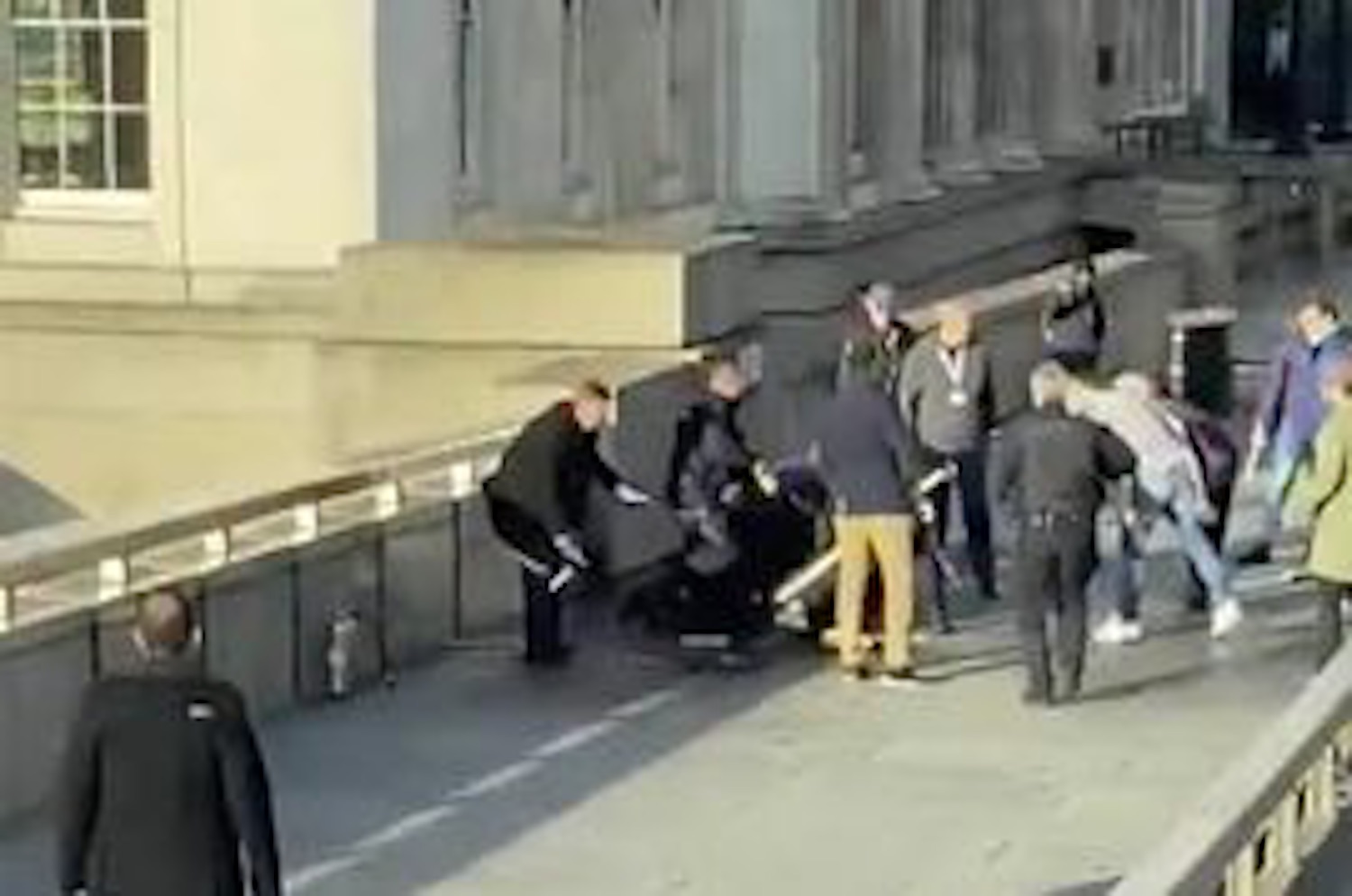 Obviously the whole country is pretty shook after reports emerged today about a shooting in London Bridge earlier today and as more and more details emerge it looks like it was the ‘major incident’ that it’s being termed by the London Metropolitan Police.

The latest video that’s been posted on social media shows police and members of the public wrestling with I think a couple of people on the ground of London Bridge, with one clearly brandishing a knife whilst several cops with guns stand and watch them. Towards the end of the video, one of the guys on the floor seems to break free and then start running away and then you hear shots being fired – presumably from the armed policemen at the man running away.

Obviously this is pretty heavy, so if you don’t want to see someone getting shot don’t press play:

#London Video Members of the public tackling a man on #LondonBridge before police intervened. Police pulled people off the man and then appeared to shoot him. pic.twitter.com/1N8kyQUIh7

Damn. No news yet on what happened to anyone involved in the incident or what’s going on down in London Bridge, but the latest reports are saying that Borough Market has also been evacuated and the whole place is still in lockdown. Thoughts and prayers with everyone stuck down there and we’ll bring you more information when we have it.

For more of the same, check out all this other footage from the incident earlier. Disconcerting stuff.