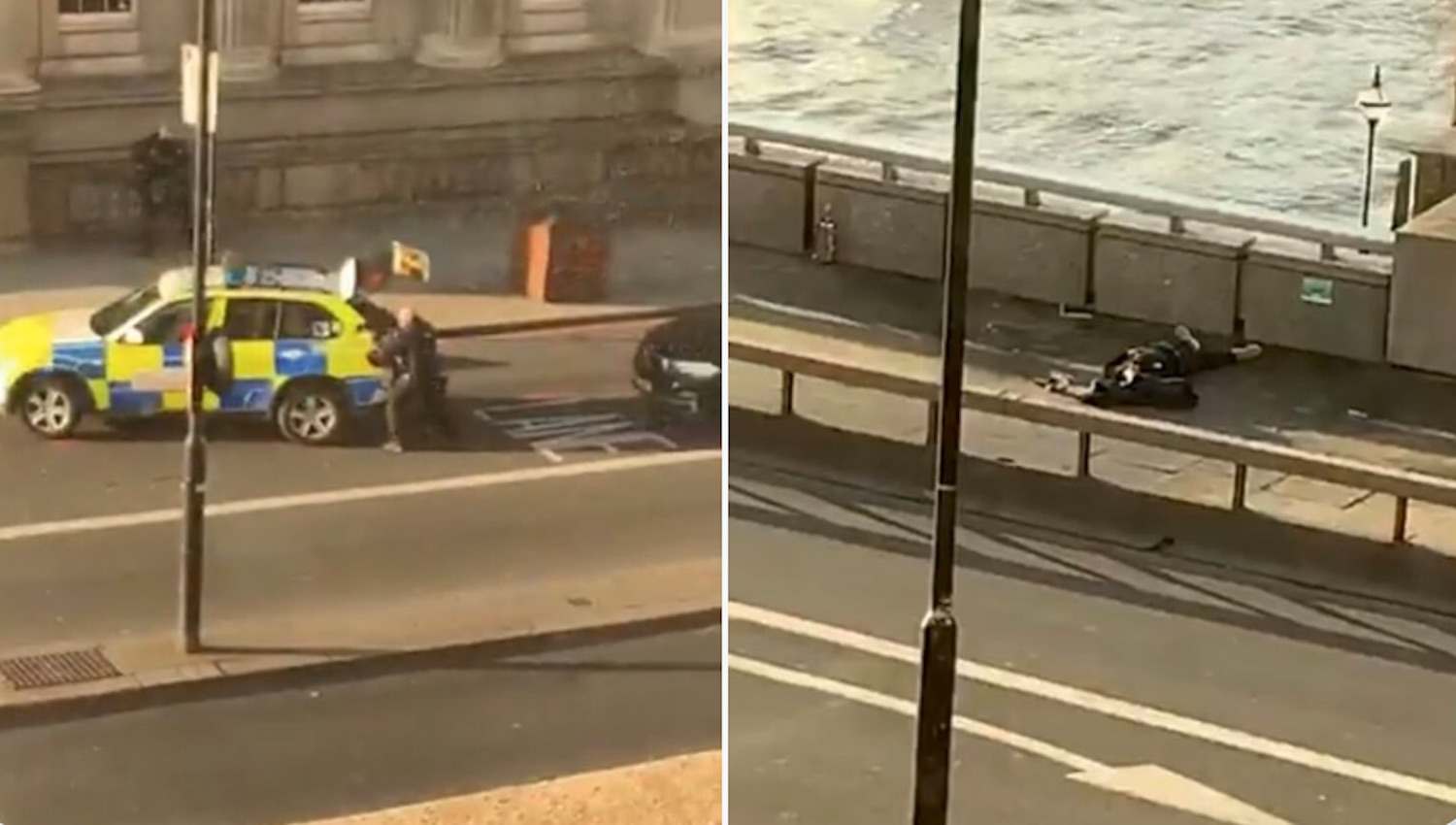 If there was one thing this election campaign needed, then it was some kind of mass shooting/terrorist incident and it seems like this is happening right now down in London Bridge.

Details are sketchy at the moment but it appears like the area has been cordoned off by police after shots were fired. There are a bunch of videos doing the rounds on Twitter of people who are there and it kinda seems like someone is injured on the bridge and police are closing in on them to arrest them.

Can’t really say more than that but here are a few of the videos:

Police shouting for everyone to move away. Real panic setting in at London Bridge. Rumours of a shooting? pic.twitter.com/vBZoKu73za

Armed police in standoff at London Bridge after shots firedpic.twitter.com/DcXnKo6qN7

.@myldn reporter @CharliellJones is at London Bridge right now. His video shows armed officers moving towards the area before they tell everyone to ‘get inside’ #LondonBridge pic.twitter.com/lQSr1oGGxP

Working in London Bridge is scary, there’s been a shooting on the bridge. I saw a load of people running and then heard gun shots. Now the police are trying to get into this lorry. pic.twitter.com/lxC5lqXL21

OK in the time that it took me to get those tweets up it’s being reported that someone was stabbed, there was some kind of fight going on and the aggressor has been shot and killed by police after that. Looks like they’re trying to get into that lorry as well for some reason on that last video.

Not really sure what’s going on but we’ll update this throughout the day to let you know when the truth is released by the powers that be. Until then stay safe if you’re in the area and we hope that everyone involved makes it out safely.

For something a bit less stressful, here’s a whole bunch of dogs having a party. Much better.