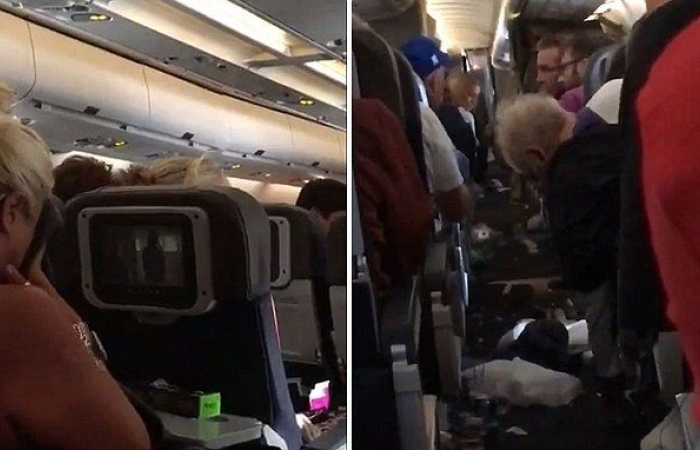 This Saturday an American Airlines flight suffered such severe turbulence that ten people were injured.

Flight 759 was travelling from Athens to Philadelphia when it hit a rough patch of air. It was unexpected, according to one passenger, who said that the flight attendants had just finished serving a drink when the aircraft was launched into the air.

No warning at all. Plane lurched thru the air. Honestly, terrifying.

In the wake of this dramatic incident, a couple of videos have emerged on social media showing the chaotic aftermath, one of which shows a woman crying into her blanket.

Worst turbulence ever! Athens to Phil. Even the pilot didn't see it coming. Drinks on the ceiling. @AmericanAir #thoughtthiswasit pic.twitter.com/ndZ8ptgbWz

The flight eventually landed in the afternoon, where three passengers and seven crew members were taken to hospital for evaluation.

Although you can’t see the actual moment the turbulence hit, you can see how must destruction it caused and how shaken/relieved the passengers were. That would be enough to put me off flying for good.