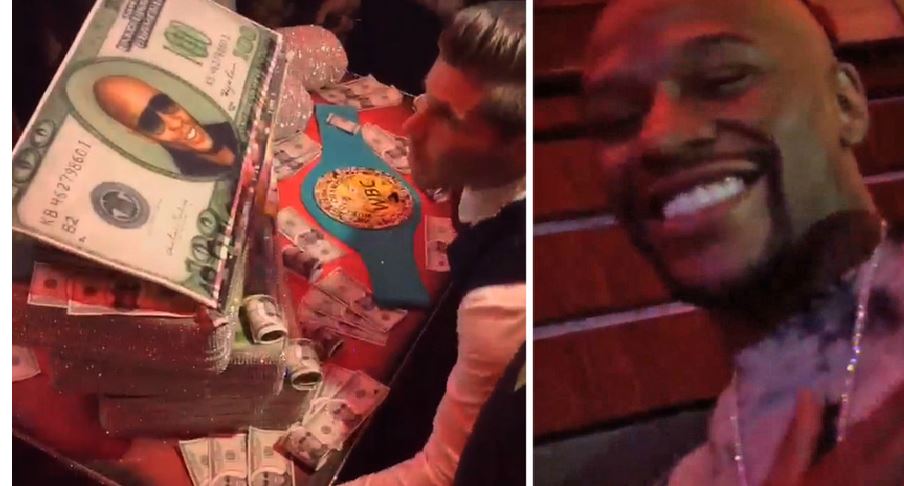 Can’t deny the guy is consistent.

Floyd Mayweather left it a little late to celebrate following his victory over Manny Pacquiao last month, but I guess creating a $15,000 (around £10,000) cake takes some time, especially when it weights 90 LBS and contains over 10,000 Swarovski crystals.

Is Floyd Mayweather a terrible person? Yes. Does he hit women? Yes. Is he a boring boxer? Yes. Is this the most incredible cake you’ve ever seen? Yes. No matter what you say about the guy, can’t deny that cake is tremendous. Even funnier is that he didn’t let anyone have any until after the actual party was over, so that it could be admired throughout the night. Fair do’s…