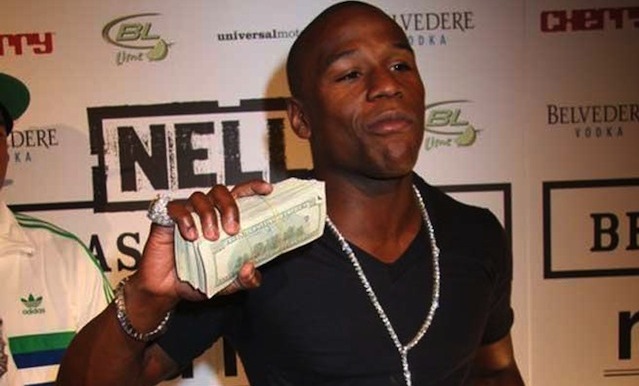 Floyd Mayweather organised a vicious beatdown on two of his employees who he suspected of stealing his jewelleryâ€¦ only it turns out they didnâ€™t, and itâ€™s all been one huge mix up. Whoops.

Floyd Mayweather organised a vicious beatdown on two of his employees who he suspected of stealing his jewellery… only it turns out they didn’t, and it’s all been one huge mix up. Whoops.

The two men had been hired to work on Mayweather’s Vegas homes, and when jewellery went missing from the properties he suspected them. He figured the best way to handle the situation was to ask the men to meet him at a secret off-site location, and then ambush them with a massive crew and beat the living daylights out of them with punches, kicks and weapons.

Both men ended up with broken arms and legs and were hospitalised for several days. Both men were adamant they never stole from Mayweather and he appears to have accepted that now. Too bad for him though that what he did basically amounts to kidnapping and attempted murder.

But this is Floyd Mayweather we’re talking about, one of the richest sportsmen in the world. He’s liable to write these two chaps a cheque to keep them quiet and everyone will carry on life as normal. Not too sure what these two guys were thinking meeting Mayweather in an ‘offsite location’ in the first place but I guess if you’re not guilty of anything you’d think maybe he was going to surprise you with something nice and not beat you up and put you in hospital. Still, possibly worth it for the payday these two fellas are going to get. Possibly. 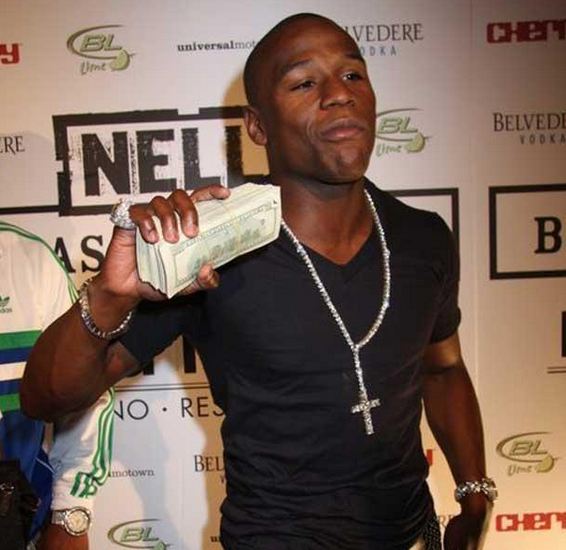