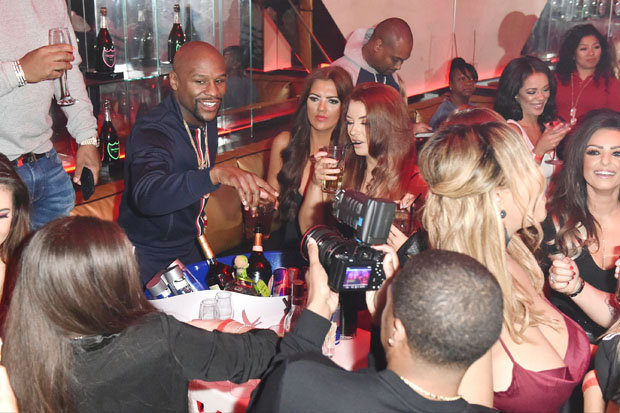 You normally assume when you see that some rich famous dude is partying with a bunch of hot girls, that the hot girls are doing so because they’re attracted to his fame and money. But it turns out that this isn’t always the case. Sometimes the girls are actually paid to be there partying with the dude, which is possibly the lamest thing I have ever heard about.

Not sure how often this happens, but Floyd Mayweather’s assistant has been busted sending out a bunch of messages to hot babes on Twitter, employing them to come and party with the boxer and offering them financial incentives to do so. Apparently bloggers, reality TV stars and models were all approached, probably along the caveat that they were all completely hot babes. Classy.

The text of the message was apparently sent by multiple sources to The Daily Star and can be seen below: 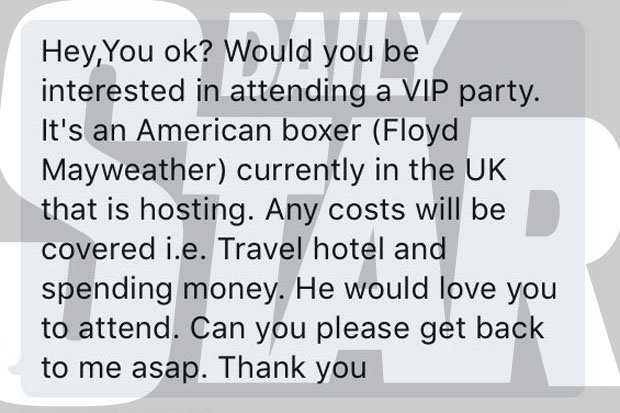 Oof – that’s pretty embarrassing. I get the fact that maybe Mayweather and his team don’t know any girls in the UK, but surely he could just rock up to the VIP section of a club and the girls would come to him regardless? To scour Twitter looking for hot babes to send a message like that seems like one of the creepiest things a guy can do, and that’s kind of exemplified by how many people allegedly went to The Daily Star with the info. Guess money can’t buy you everything.

For more Floyd Mayweather, check him out having trouble reading. Ouch.