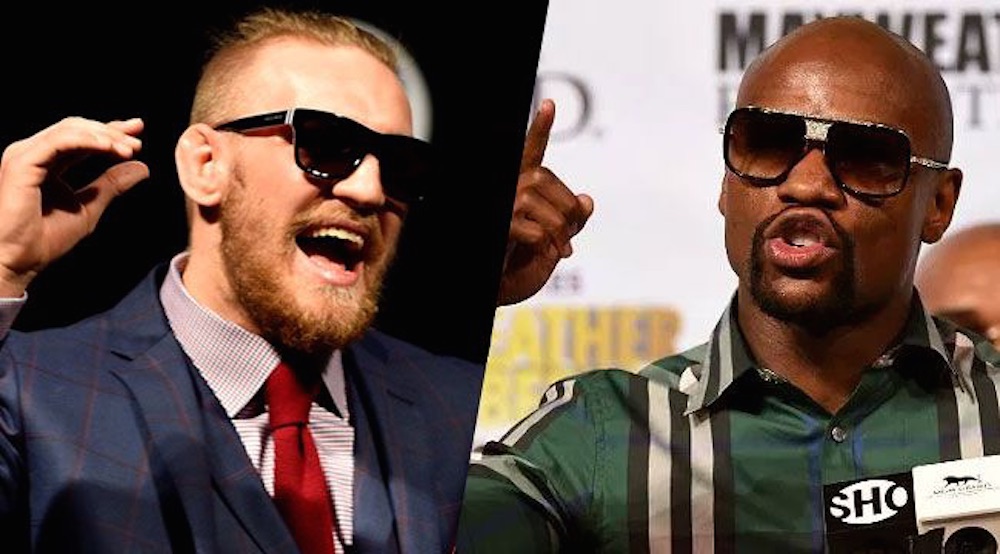 Can these two just get in the ring/octagon already?

Conor McGregor and Floyd Mayweather have been dissing each other in the media for months now, but it got personal the last time when Conor full on challenged him to a fight after Mayweather used him as an example of why racism was still prevalent in sport.

He was basically butthurt that McGregor is cocky and popular, whereas Mayweather is cocky and unpopular. Here’s a tip Floyd – it’s probably got something to do with the fact you beat up women and were a boring fighter.

Anyway, McGregor pretty much shut him down last time out, and Floyd has now come out and filmed the following video in response:

Wow. Floyd Mayweather almost comes across as thoughtful and intelligent there, although of course he gets in his usual disses of how he’s an amazing fighter and doesn’t know Conor McGregor’s name or his fights. Of course you fucking do – you’re talking about him all the time.

The part about racism doesn’t really mean anything though, in fact I don’t think anyone even accused him of being racist anyway. Why is Floyd even still doing interviews, it’s not like he even has a fight or anything to promote anymore. Just go away dude, or actually fight Conor McGregor and get your ass beat.

Maybe he could spend his time learning to read too, because we all know he can’t do that either.