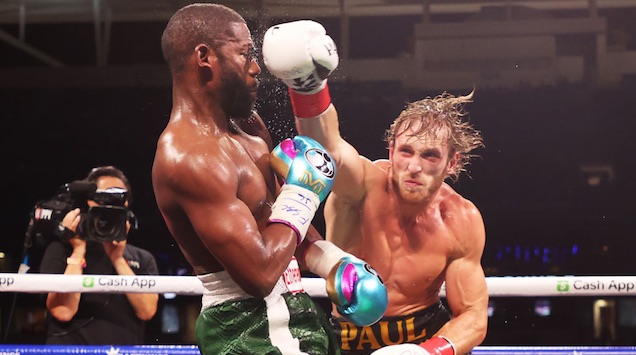 Sure it was an accident.

Remember a few weeks ago when Floyd Mayweather stepped in the ring with Logan Paul for a very embarrassing and boring fight and more than 1 million idiots paid $50 to watch it?

I was hoping to erase it from my memory too, but I’m pretty sure Floyd Mayweather wanted us all to know how stupid we were for paying him to watch what even describes as a ‘fake fight’ because he ‘accidentally’ revealed how much he earned for it during a press conference for another boxing match involving his protege Gervonta Davis.

I’m the only person that can do a fake fight and get 100Ms (millions). I could do legalized sparring and get 100 million.

Lol. Does anyone think that this is actually an accident? We all know that Floyd Mayweather loves talking about how rich he is and how everyone else is stupid so I think this was very much deliberate and you know what, we all are for constantly paying attention to him and buying his crap – especially these days when he’s fighting idiots like Logan Paul – so you can’t really blame him can you? Fair play to the guy I suppose.

For more of the same, check out what Floyd Mayweather’s new stripper girlfriend’s family think of her relationship. They’re not happy basically.